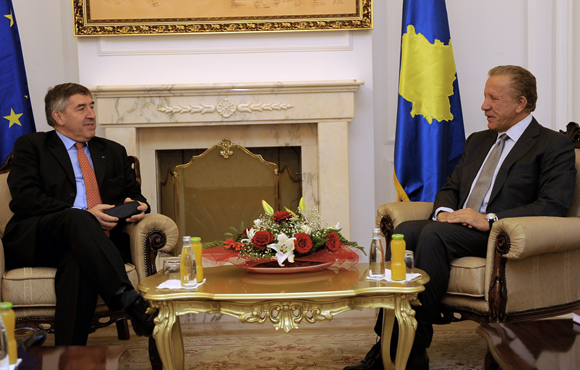 The Head of EULEX, Xavier de Marnhac has met the newly elected President of Kosovo Behxhet Pacolli. They both agreed on the importance of improving the rule of law in Kosovo.

âI came here to reassure the President that EULEX is dedicated to promote the rule of law all over Kosovo.â, said de Marnhac

President Pacolli said Kosovoâs institutions would intensify their efforts to work with EULEX in the future.

âThe problems in the rule of law area are evident,â said President Pacolli, promising that by working together with EULEX these issues can be dealt with

The strengthening of the rule of law remains a key priority for the European Union in Kosovo and developments in this area will impact on the 2011 Progress Report. .

On Tuesday (22 February) Mr Pacolli was elected to the position of President of Kosovo, and this was the first meeting with the Head of EULEX.