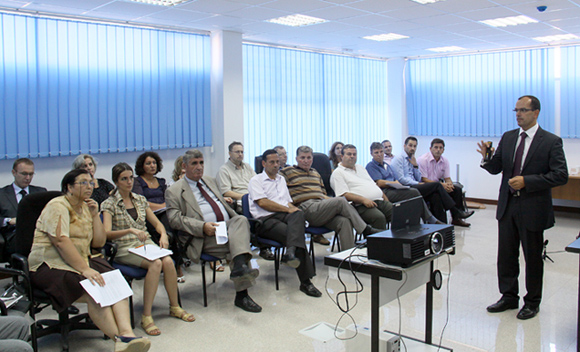 One substantive example of how MMA is being developed can be found in Prizren where EULEX prosecutor Cezary Michalczuk has organized a series of workshops and seminars examining different aspects of prosecutorial responsibilities.

The issue of confiscation measures at the disposal of prosecutors was the theme of the third workshop organized by Michalczuk. (The first two themes were interception of telecommunications, and international legal assistance.) This topic was selected because prosecutors Kosovo-wide not often apply relevant provisions in the Criminal Procedure Code. Municipal and district prosecutors were the main participants in the seminar which took place in Prizren.

The main focus was on pre-trial proceedings, namely tracing and identification of assets, cooperation with the police, actual seizures, etc., although the prosecutorâs role in a trial was also highlighted.

According to Michalczuk: âThe aim is to provide a refresher course on the applicable confiscation legislation to prosecutors and to make them apply it in a given case. The course should encourage them to use the confiscation laws more pro-actively, in particular to target serious criminality.â

The aim of these seminars is to bring the Kosovo justice system up to European standards.