Due Process Applied in all cases, all the time 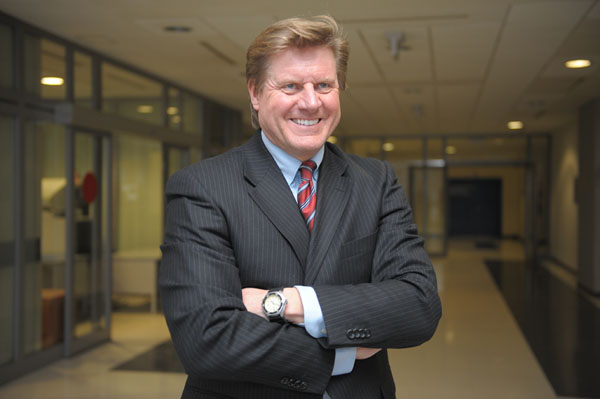 The rule of law is the underlying framework of rules and rights that make free, fair and democratic societies possible. The rule of law is a system in which no one, including governments or politicians, are above the law, and everyone is equally subject to it. Rule of Law means that laws protect fundamental rights, and that justice is accessible for all. The SPRK has a strong track record of prosecuting serious criminal acts, in line with the Law on SRPK â the law which sets out SPRK's legal obligations.

If the SPRK is presented with a report of a criminal act, it is legally bound to follow it up. Sometimes reports are just that: a report, with no evidence to support it. That happens more often than not. But when we also receive some evidence, then we are legally bound to consider it, and if the evidence results in a grounded suspicion, the prosecutor needs to proceed and with the filing of a Ruling on Initiation of Investigation, or ROII. For this, the prosecutor needs to have grounded suspicion as set out in the Law. The prosecutor then has a maximum two years to conduct the investigation and develop the case.

In February 2013, a prosecutor in an ongoing investigation involving war crimes and post-conflict incidents including aggravated murder filed a ROII. These were extremely serious allegations, and had to be taken seriously. The prosecutor then had two years to develop the case â to dedicate investigative resources, to review existing documents relating to the case, and to interview any witnesses that were available.

After working on the case for almost a year, the prosecutor determined that there was enough evidence to interview a suspect in the case.

This is why, on Monday morning of this week (27 January), a suspect presented himself voluntarily at Mitrovica North police station, by prior arrangement with an international prosecutor of the SPRK. He was interviewed in relation to alleged war crimes in 1999 and post-conflict incidents in 2000, including aggravated murder. At the end of that interview, the prosecutor exercised his discretion and executed an arrest warrant on the suspect. He also applied to a pre-trial judge (an international judge at Mitrovica Basic Court) to hold him in detention on remand. The judge approved the application, and this is why the suspect was remanded in custody. At all times the suspect co-operated fully with the judicial proceedings.

The suspect was remanded in custody to Pristina Detention Centre (PDC), because that is what the Court ordered. PDC has a strong track record of accommodating detainees of different ethnicities. It complies with all EU standards for holding detainees. The suspect was accorded all relevant rights of communication with his legal representation.

The next stage of the legal proceeding was that the pre-trial judge drafted both the Reasoning and the formal Decision pertaining to the order for Detention in Remand. This was translated into Serbian and then given to the suspect and his legal counsel in accordance with their rights under the Law. It was also given to the prosecutor. The Reasoning sets out the detailed rationale behind the decision that the judge took. The suspect now has the opportunity to appeal the Detention Order, through his lawyer.

The 30-day detention order will be reviewed at the end of that period, when again the prosecutor will have to present arguments as to why the suspect should be kept in detention.


Until that time, the prosecutors continue to work on the case. They may broaden or narrow its scope. As noted above, the case began formally with a Ruling on Initiation of Investigation in February last year. However, even though an indictment does not have to be filed until February 2015, there is a presumption in Law that a person who is awaiting trial and detained in custody can expect their case to be dealt with promptly.

As with judicial proceedings in every democracy, two principles form the cornerstones. First is that the presumption of innocence holds at all times, until final adjudication by an independent judiciary. Second is that the law provides protection for all and is applied equally to all.

The prosecutor's work is difficult. Many cases, particularly those of SPRK are complex, and involve many suspects. SPRK does not take political instruction; its only instruction comes from the law. The law is the first and only loyalty, and SPRK will continue to prosecute serious criminal acts, war crimes, organized crime, and corruption.

SPRK prosecutors are here to obey and serve the law and to carry out their work impartially, independently and with integrity. That's not going to change.