Kosovo and EULEX fully committed to good cooperation and partnership 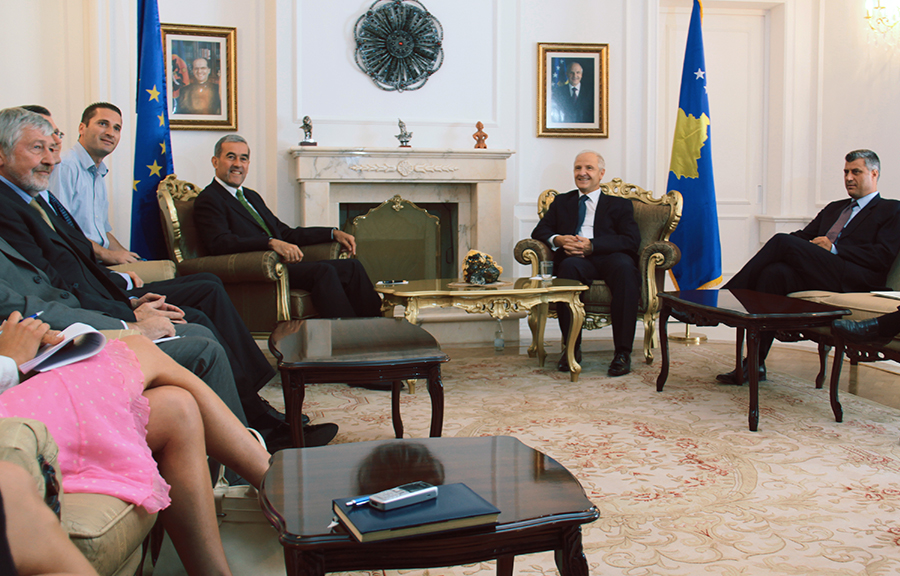 The Head of EULEX Yves de Kermabon met with the Kosovo President Fatmir Sejdiu and the Prime Minister Hashim Thaci to discuss and to clarify various issues related to the technical arrangement between the EULEX Police Component and its relevant counterpart in Serbia known as the protocol on police cooperation.

âKosovo and EULEX are fully committed to the principle of good cooperation and partnership and will continue to adhere to those underlying principles and even further strengthen our relationsâ, said de Kermabon in a joint statement with Sejdiu and Thaci after the meeting.

De Kermabon told the media that even among friends there can be differences of opinion and on the issue of the protocol there are still different views and that the best solution was to seek common ground.

âAs I have already stated EULEX cannot and will not sign any kind of protocol on behalf of Kosovo and looking for operational cooperation is completely unrelated to the so-called 6-point planâ, said Kermabon.

The Kosovo President Fatmir Sejdiu emphasised that Kosovo institutions continue to work in a productive manner with EULEX.

âThrough our regular meetings with the head of EULEX we discuss many issues that Kosovo is going through and, through our special cooperation with EULEX which supports our institutions; we fulfil in the best way the expectations of the people of Kosovoâ.

Kosovoâs Prime Minister Hashim Thaci described the meeting as âgoodâ and said the advice and recommendations from EULEX would continue to be highly valued.

EULEX has previously signed agreements with neighbouring countries in the field of financial intelligence. 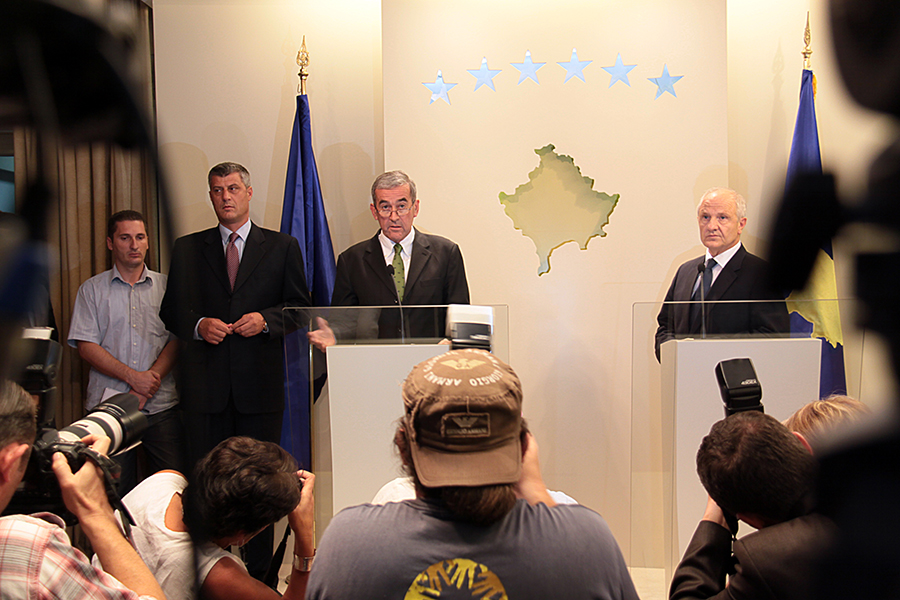