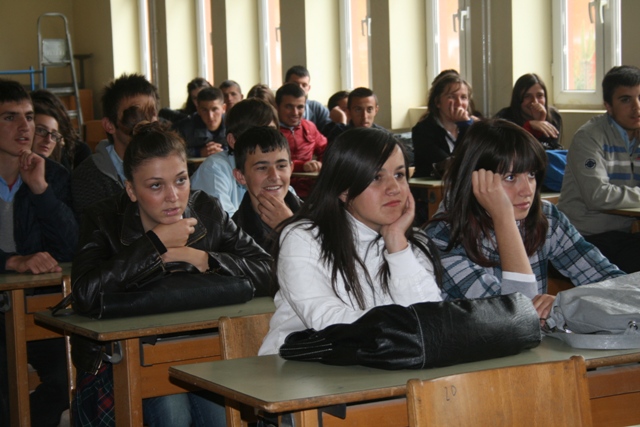 âMany young people dream about Kosovo joining the EU. We are well aware of the benefits of membership,â said Fiona, a student from Frang Bardhi high school, Mitrovica, during an âEU-teach-a-dayâ lecture.

This EUSR project, which ran from 10 May - 9 June and comprised 20 lectures, was supported by the Kosovo Ministry of Education. Several EU Ambassadors, including Renzo Davidi, Head of the European Commission Liaison Office (ECLO), and Michael Giffoni, Italian Ambassador to Kosovo, as well as EU Liaison Office heads and representatives from EU institutions, including EULEX, gave talks at schools in different municipalities throughout Kosovo.

The lecturesâ themes focused on Kosovoâs EU integration and its European perspective. For example, the year of Kosovoâs likely admission, conditions it needs to meet, visa liberalization.

At the Frang Bardhi high school the EULEX Policy Office team, Naim Hajdari and Alessandro Rotta, emphasized the importance of improving the rule of law as a
precondition of joining the EU. âMost students said Kosovo had no other alternative but joining the EU soon,â said Hajdari.

At a Gjilan high school, Blerim Krasniqi, a EULEX Spokesperson, also underscored the point that a key precondition for joining the EU was a functioning rule of law state.