de Kermabon: Senseless hooliganism will not be tolerated 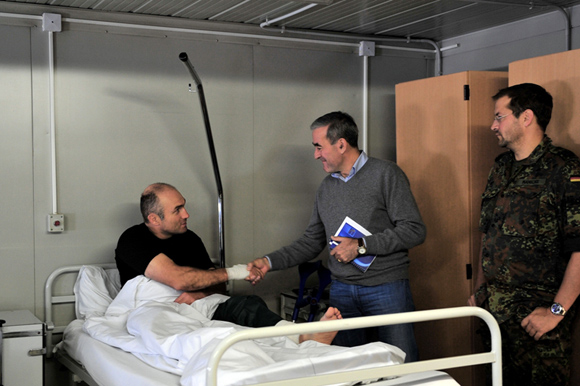 Head of EULEX, Yves de Kermabon, condemned the Saturday eveningâs violent clashes, which left one of the mission members wounded, underlining that EULEX will not tolerate such unlawful behaviour.

âEULEX strongly condemns the perpetrators of the violent clashes in MitrovicÃ«/Mitrovica last night where, in attempting to restore order, one EULEX police officer was wounded when shots were fired in the direction of the EULEX Formed Police Units and Molotov Cocktails were also thrown. One Kosovo Police Officer was also slightly injuredâ, said de Kermabon to reporters during a news conference.

He made these comments upon his return from the German military hospital in Prizren where he visited the injured EULEX police officer who is being treated for bullet wounds.

âThese acts of senseless hooliganism have no place in any democratic society and need to be condemned by allâ, said de Kermabon.

Furthermore, he added that EULEX will not tolerate such unlawful behaviour and is ready to take whatever measures are required, in conjunction with the Kosovo Police and KFOR, to ensure that any repetition of such events will be vigorously dealt with. 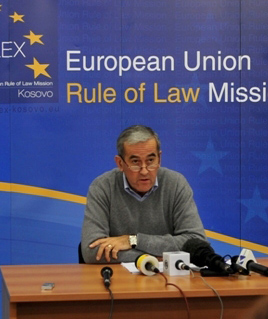