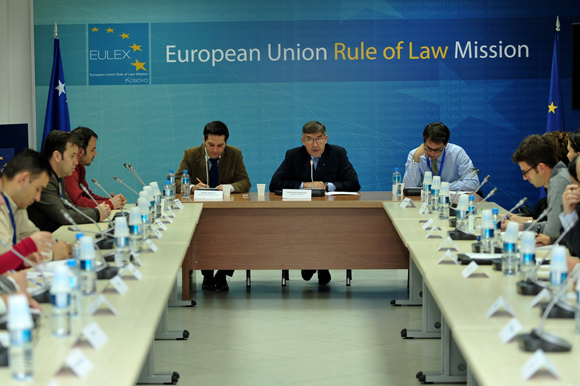 EULEX held its third workshop with local civil society on the programmatic approach, introducing to 35 Kosovo non governmental organizations the latest results on monitoring, mentoring and advising activities and acknowledging comments and proposals from participants.


EULEX Head of Mission Xavier Bout de Marnhac opened the workshop by listing the current priorities of the Mission: a deeper involvement in the North of Kosovo, aiming at curbing organized crime and strengthening rule of law; an enhanced effort in tackling corruption; and an increased focus on programmatic activities in support of Kosovo rule of law institutions through monitoring, mentoring and advising.

Alessio Zuccarini, Head of EULEX Programme Office, and Alessandro Tedesco, Programme Manager for NGOs and civil society, answered then to questions by participants â mainly hinging on EULEX current and future set up â and outlined the scope of work of the MMA tracking mechanism: this tool, launched today on the Missionâs website, will enable Kosovo civil society and public opinion to follow the pace of implementation of each MMA initiative across the Missionâs three components, and to test improvements in the performance of Kosovo Justice, Police and Customs.

Three thematic roundtables helped participants to get acquainted with endeavors, achievements and challenges faced by the Mission and its local counterparts. The Justice panel attracted most of the participantsâ interest, and was chaired by the Kosovo Chief Prosecutor, Ismet Kabashi, and the EULEX Deputy Chief Prosecutor, Jakob Willaredt. NGOs were provided with feedbacks on matters of relevance to local civil society, such as the fight against corruption, the use of detention on remand, and the vetting process of new Kosovo Judges and Prosecutors.

The Police Panel - chaired by the KP Director of Planning, Policy and Legal Services, Col. Reshat Maliqi, and the EULEX Advisor to the KP Chief of Staff, Marc Furey â dealt with perspectives on the security situation in the North of Kosovo. Representatives from Kosovo Serbian NGOs discussed with EULEX and KP on concrete measures and partnerships for improving rule of law standards in the North, agreeing on more frequent contacts on the ground.

The Customs Panel was chaired by the KC Head of Revenue Operations for the South West Border, Bujar Haxhidauti, and the EULEX Customs Law Enforcement Advisor, Gareth Reed. The debate riveted on the role of EULEX Customs in the North, and on the economic impact of the lacking presence of Kosovo Customs at gates 1 and 31. 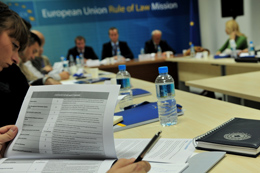 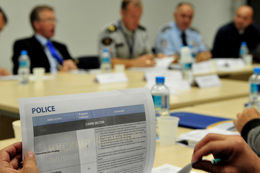 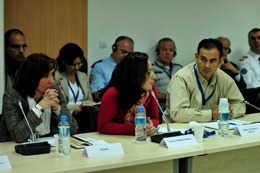