Kosovo Police is in charge 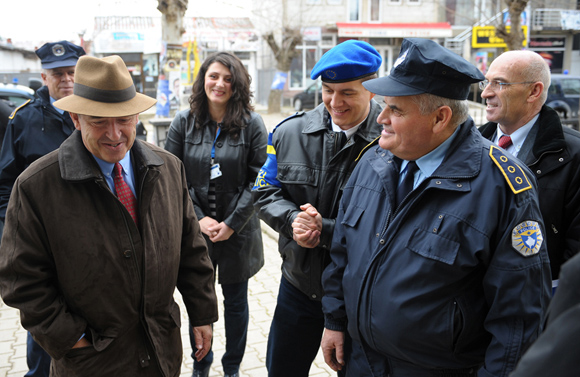 
The station commanders briefed Head of Mission on the operational plans for the day and the security situation in relation to the ongoing elections. Head of Mission was very pleased to hear that no security related incidents had been recorded so far in those areas he visited.

The station commanders all expressed gratitude to EULEX for the support provided to the Kosovo Police.

EULEX engaged more than 500 police officers today to support the Kosovo Police in carrying out their tasks in securing the elections.