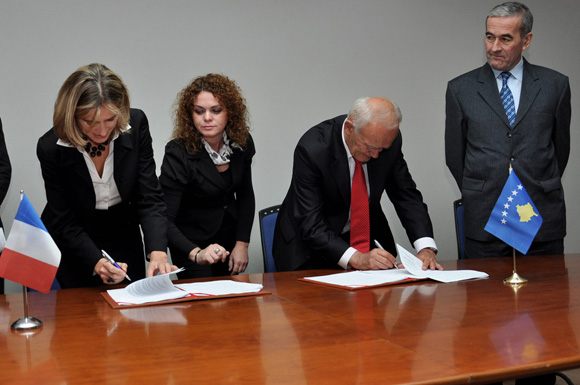 A Memorandum of Understanding, facilitated by EULEX, was signed between the Kosovo State Prosecutor Ismet Kabashi and Maryvonne Caillibotte, Director of the Administration of Criminal Affairs and Pardons of the Ministry of Justice and Liberties of the Republic of France.

The main purpose of the memorandum is to develop and strengthen cooperation in the fight against organised crime. Present at the signing ceremony was the Head of EULEX Yves de Kermabon, and the Deputy Head of the EULEX Justice Component Bernard Rabatel.

âThis agreement will facilitate the exchange of information between the two countries in order to make the fight against organised crime more successfulâ, said Ismet Kabashi, Kosovo State Prosecutor. âFurthermore, it will allow us to benefit from the experience of French prosecutors who deal with organised crime, which can be used by our prosecutorsâ, added Kabashi.

The Kosovo Prosecution has signed similar agreements with neighbouring countries in the past.

âThis Memorandum of Understanding should engage all our efforts, both the judiciary and the polic,e in order to increase the effectiveness of the fight against organised crime which so undermines our democraciesâ, said Maryvonne Caillibotte. 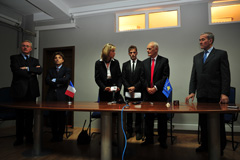