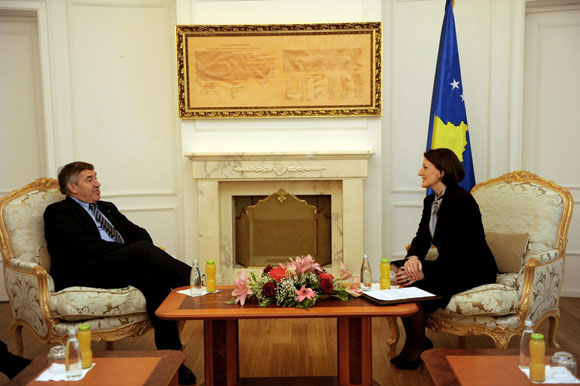 The Head of EULEX Xavier de Marnhac has met the new President of Kosovo, Atifete Jahjaga, at her office in Pristina.

During the meeting, the President praised the work of EULEX, expressing her willingness and that of the institutions of the country to cooperate with EULEX. The Head of EULEX congratulated President Jahjaga on her election and wished her the best in performing her duties.

He also informed President Jahjaga about the role of EULEX emphasising the missionâs commitment to working with Kosovoâs institutions to further improve the rule of law.