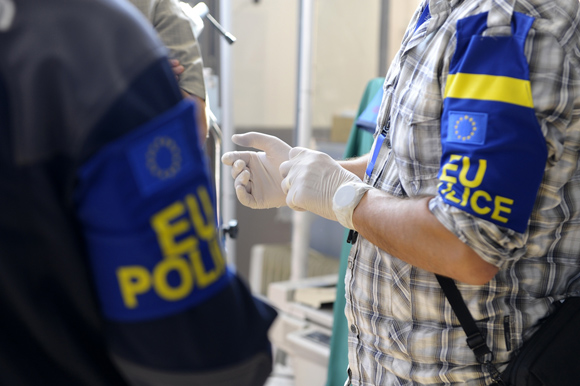 This morning, EULEX police officers from the Organised Crime Investigation Unit carried out a search and arrest operation, related to a major investigation into alleged corruption and procurement fraud.

In total six arrests were made, including three business employees, two officers from KP Administration and one employee from the Ministry of Internal Affairs. In addition twelve locations were searched all over Kosovo, including private houses, business premises and public offices.

As part of this investigation German Police also searched one business premise and one private house in Germany.

The investigation is being led by a EULEX Prosecutor from Kosovoâs Special Prosecution Office (SPRK). The searches and arrests were duly authorised by a EULEX Pre-trial judge .