New Head of Mission looks forward to challenges ahead 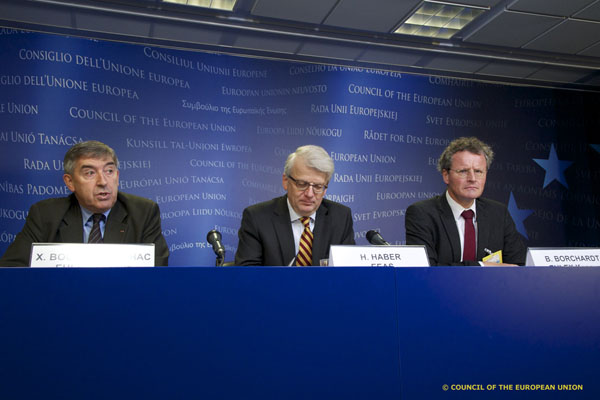 The new Head of EULEX, Bernd Borchardt, has said he is looking forward to taking up his new role as Head of the EU's largest civilian mission. Mr Borchardt, who is due to take up his duties on 1 February, was appearing at a news conference in Brussels with the current Head of Mission, Xavier de Marnhac.

Mr Borchardt, a German diplomat, paid tribute to the work done by the mission and by Xavier de Marnhac. He said the nearly four-hundred verdicts handed down by EULEX judges and the 40,000 property cases resolved with the help of EULEX, were 'impressive statistics'. 'I am looking forward to this challenging and interesting role. I do not underestimate the task ahead, and I am very much aware of the high importance this mission has for the people of Kosovo,' said Mr Borchardt.