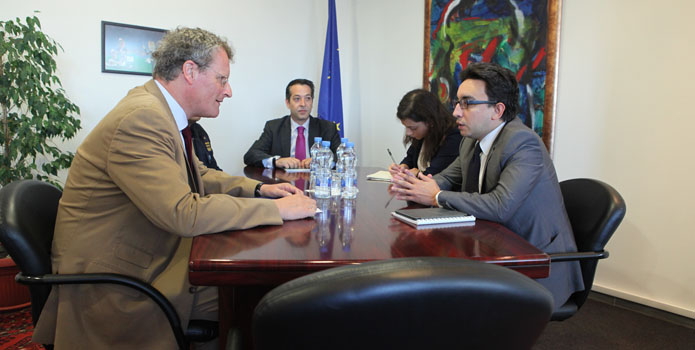 The Portuguese State Secretary for European Affairs, Bruno MaÃ§Ã£es, visited EULEX Headquarters in Pristina where he was welcomed by the Head of Mission, Bernd Borchardt.


During the meeting the Head of Mission and the State Secretary spoke about the political and security situation in Kosovo and the region, the mandate of EULEX, and Portugal's current contribution as well as its future engagement.

Head of Mission Bernd Borchardt briefed on the progress made by Kosovo Rule of Law Institutions in the recent years which, amongst other things, led to a renewed mandate for the mission with a refocused approach. Head of Mission also briefed the State Secretary on the current developments in northern Kosovo.