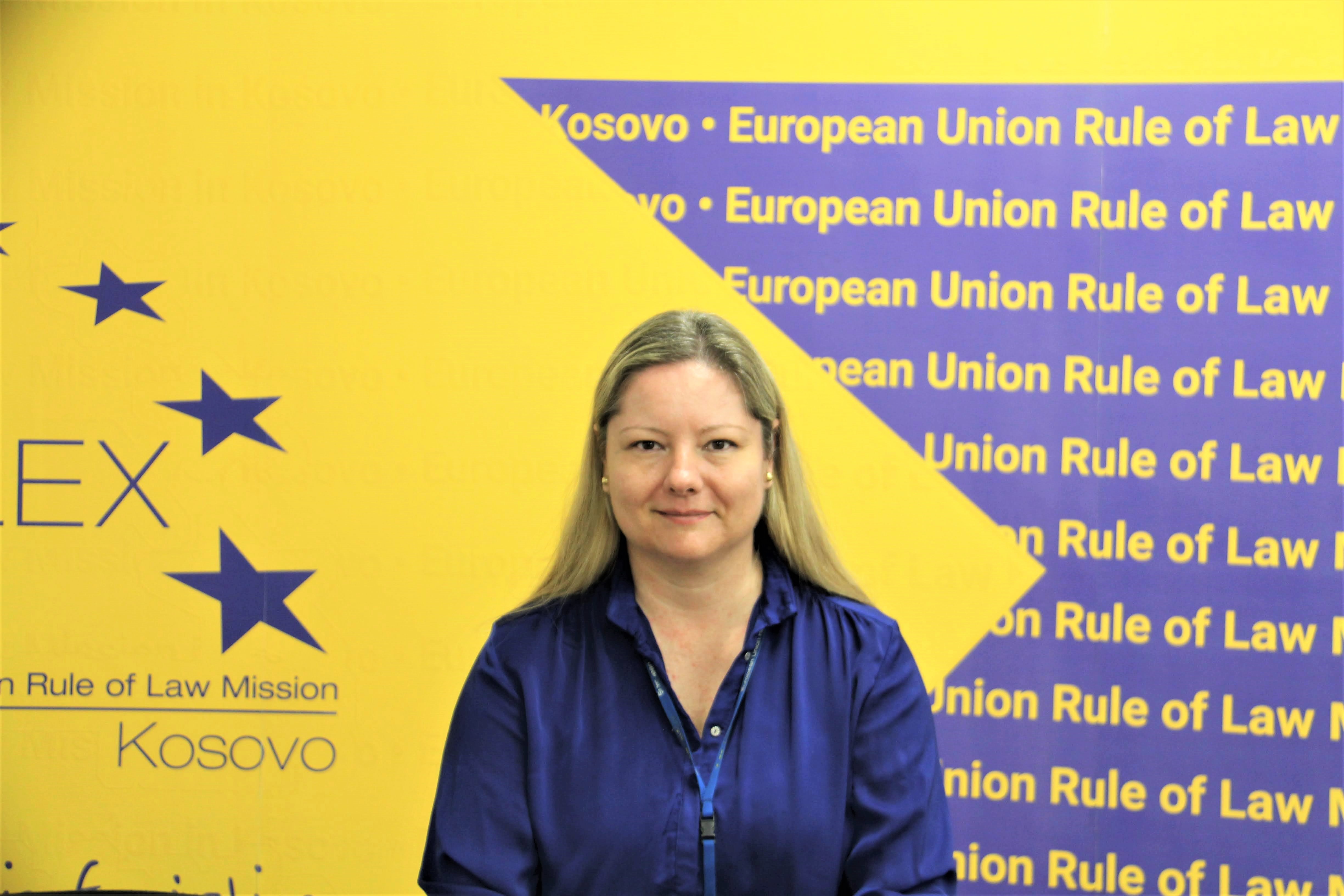 Kosovo has been Iva Niksicâs second home since December 2013, when she first joined the European Union Rule of Law Mission in Kosovo (EULEX) as an International Criminal judge in the Mitrovica Basic Court. Iva continued to exercise this role until June 2018, when EULEXâs executive mandate in the judiciary ended and all international judges and prosecutors left the Mission. A couple of months after returning home to Croatia, Iva understood that she couldnât part from the EULEX Mission and Kosovo just yet. So, she returned to EULEX in October 2018 as an Advisor to the President of the Mitrovica Basic Court.

Her entire professional life has revolved around justice and courts. Iva started off as a court trainee, moved on to become a legal advisor and then a senior legal advisor until she was appointed as a criminal judge in the Municipal Criminal Court of Zagreb, Croatia.

After working as a judge for many years, Iva realized that there was actually something more she subconsciously wished for: âI liked a lot being a judge. But not only that. Actually, deep down somewhere in me, there was always the wish to work on the international level, as an international judge or as part of   international organizations and to step out of the courtroom as well. Working on rule of law, human rights from a different perspective and even diplomacy has always been a secret desire of mine.â

Being a judge is a tremendous responsibility because the judgements that are delivered have a direct impact on the lives of the people involved.   âA judge has the rule of law in their hands. Every judgement, every ruling is a kind of law establishing rights, obligations, status or relationship of the parties in the civil proceedings, or on the other hand â in criminal proceedings, the decisions of judges establish liability for crime of a person accused of committing a criminal offense, as well as justice for the victims of crime, which affects the society in general, even if specific people are victims.. As a judge, I directly applied the law in my courtroom in a fair, impartial, and correct manner. This is something I am very proud of.â

The work Iva is doing now as an Advisor to the President of the Mitrovica Basic Court is of a completely different nature. Stepping out of the courtroom after twelve years of serving as a judge and dealing with the implementation of the EU-facilitated agreements between Pristina and Belgrade related to justice has been a major change in Ivaâs career path.

This new position has brought Iva a number of new challenges. Her many years of experience as a judge and the fact that she knows the environment in Kosovo well has helped her in her new work in many ways. âWhen I took on this position, I was already aware of all the advantages and disadvantages in this line of work. Also, as I previously served as a EULEX Criminal judge, I had already gotten familiar with the local Kosovo Albanian judges with whom the EULEX judges had very good cooperation. Namely, until 2017, it was only Kosovo Albanian judges because Kosovo Serb judges were working within the so-called parallel structures.â

But in 2017, a major breakthrough occurred in the Kosovo justice system. With the support of EULEX, the EU- facilitated justice-related Agreements were implemented and Kosovo Serbian judges, prosecutors and their support staff were integrated into the Kosovo judicial system.

âThis was a benchmark for the Mission. At that time, I became Head of the EULEX Judges Unit in Mitrovica, so I was already involved in the justice integration process and was able to witness how the Kosovo Albanian and the Kosovo Serbian judges and prosecutors began to work together,â recalls Iva.

When Iva started working as the EULEX Advisor, she became even more aware of all the challenges that the Kosovo Albanian and the Kosovo Serbian judges and prosecutors are facing. As the focal point between the EULEX Mission and the Mitrovica Basic Court, Iva witnessed first-hand how the Kosovo Serbian judges integrated in the system and how they started working together with their Kosovo Albanian colleagues. Now, after four years, Iva reflects on the developments: âI would say that this is a success story. The integrated judicial institutions, the Mitrovica Basic Court and the Mitrovica Basic prosecution Office are fully operational and they continued to be operational even when there was political tension in the north of Kosovo. The cooperation between Kosovo Albanians and Kosovo Serbs within the judicial institutions in the north of Kosovo is very good, they work well together.â

Her daily motivation is the interaction with people: discussing different issues, listening the views of her colleagues, and trying to find the best solution or the best approach towards various matters.

While speaking to her, one can tell that Iva exudes a fiery and positive energy when it comes to work: âI love working and I never had the feeling that Iâm overburdened with work. I simply love it.â

Outside of work, Ivaâs biggest passion is to travel. Before the pandemic, she used to travel around the world. Her favourite destination is the United States of America and she has the most beautiful memories from there.

As we come to the end of our talk, Iva mentions how she never saw herself as a woman in a manâs world: âI know that this is about women in the rule of law. And you asked me how I was inspired to take on this career path. To be honest, I never considered the difference between the challenges that women and men face, whether in their career path or their economic status. I viewed everyone as equal.â

Following her path, working hard, and -most importantly- following her dreams brought her to a job in which she continues to deal with the judiciary, human rights, and the establishment of the rule of law, but now with a touch of negotiation, mediation and diplomacy.  âI really enjoy my jobâ, she concludes joyfully.