Merdare Crossing Point To Be Partially Functional in May

The Deputy Head of EULEX Kosovo, Bernd Thran, together with EULEX IBM Customs Advisor, Alan Wilson yesterday visited the site of the new Common Crossing Point (CCP) at Merdare. They were hosted by the UNOPS Head of Office  for Pristina, Brendan Keirnan, who is in charge of the management implementation of the project  funded by the EU Office in Kosovo. The newly built CCP in Merdare will be eco-friendly and considerably slow down waiting times for passengers. 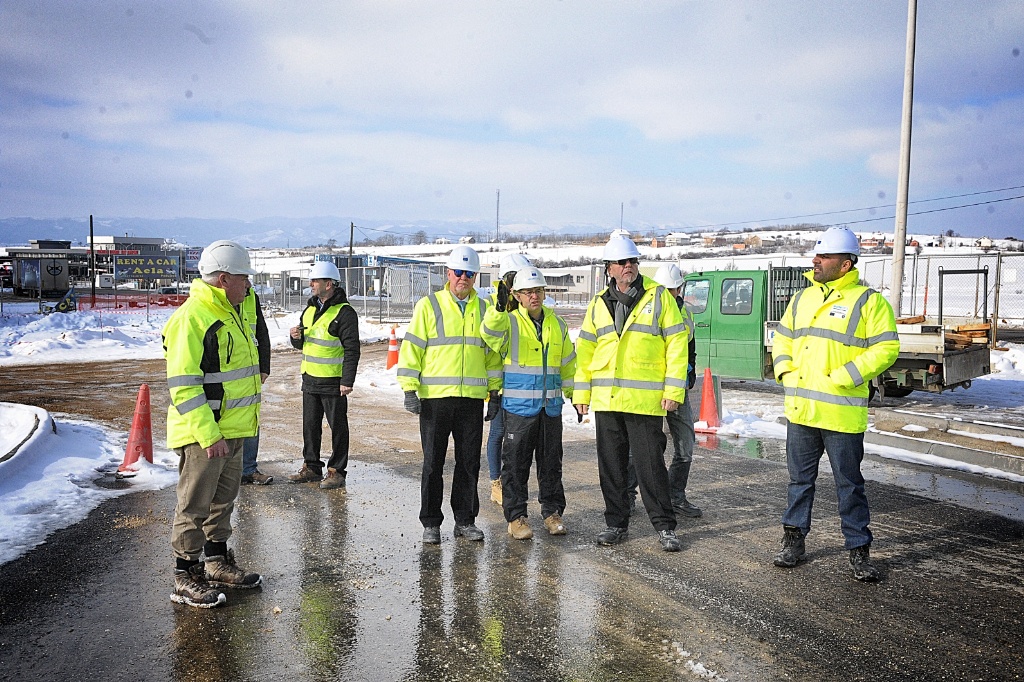 The UNOPS Head of Office for Pristina, Brendan Keirnan gives details about the works for the new Common Crossing Point (CCP) at Merdare to the Deputy Head of EULEX Bernd Thran and to the EULEX IBM Customs Advisor, Alan Wilson.

When it partially opens to vehicle traffic in May 2018, Merdare will have various eco-friendly features, five lanes for vehicle traffic in each direction, state-of-the-art facilities, and what Mr Thran describes as being âperhaps the most modern and arguably most impressive CCP in the Western Balkansâ. 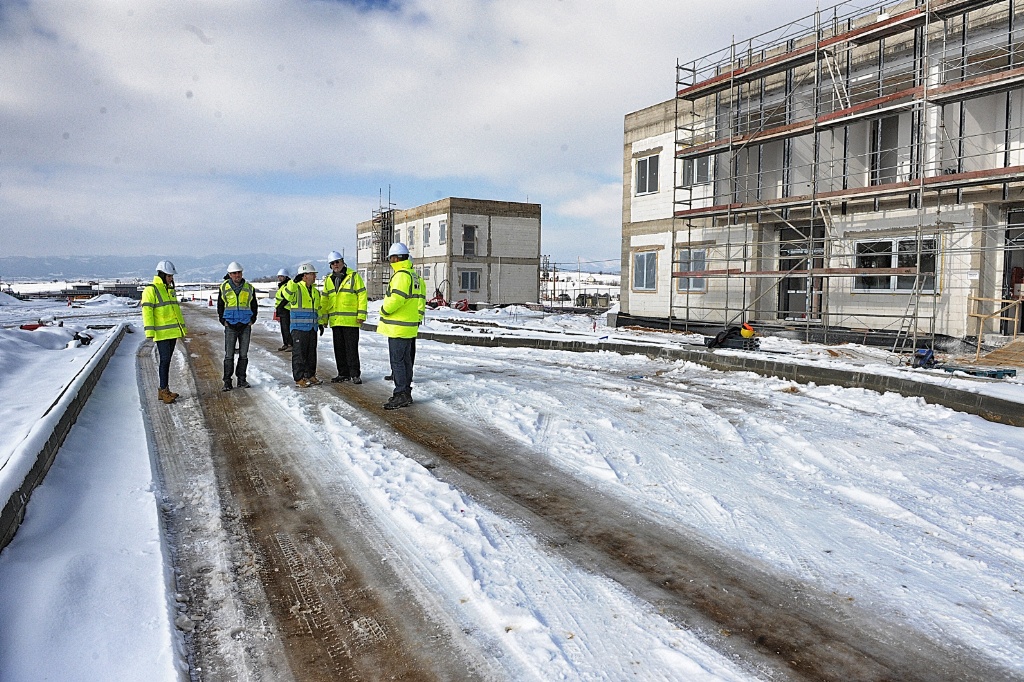 EULEX officials together with the UNOPS staff inspecting the new Common Crossing Point at Merdare and its state of art facilities.

He added: âThis is a major step forward, and we can thank the Dialogue for it: it will improve the effectiveness and capabilities of the authorities responsible for implementing the EU Integrated Border Management rules and standardsâ.

In what is regarded an advancement in eco-friendly construction, the canopy above the administrative buildings will house a large system of solar panels which will be able, in the summer, to provide electricity to the entire CCP 24 hours a day. 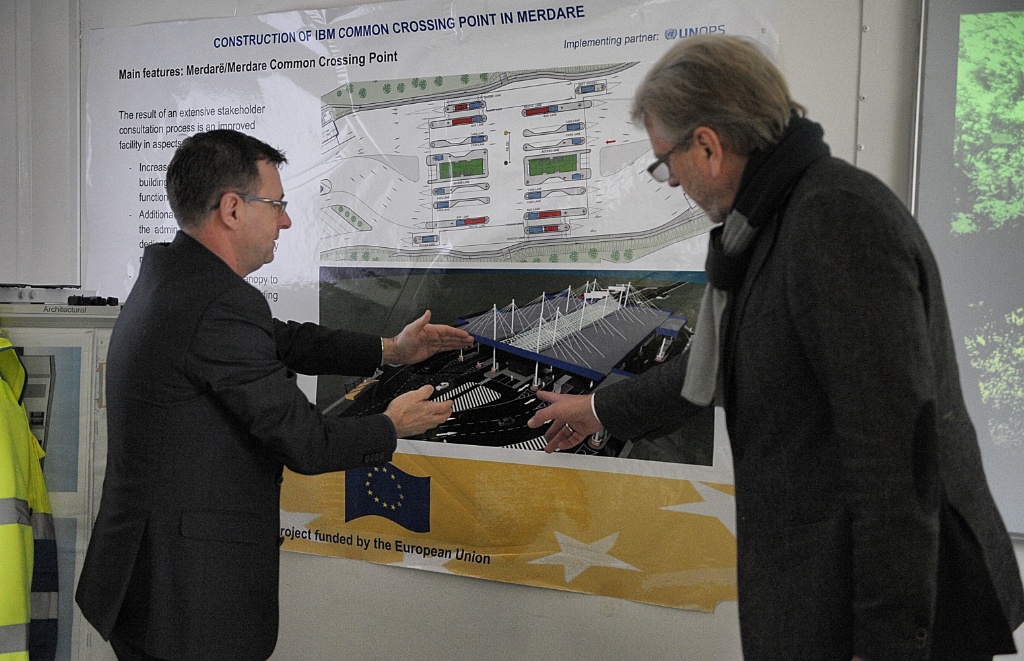 UNOPS Head of Office for Pristina, Brendan Keirnan explains to Deputy Head of EULEX the final project and the use of canopy above the administrative buildings planned to house large system of solar panels to provide electricity to the entire CCP 24 hours a day.

Mr Keirnan explained that the water drainage from the road, which often mixes with petrol and other pollutants from the vehicle traffic, will run off into a natural drainage filtration system.

âThe drainage will be collected in a settlement pond and planted with specific plants that break down the pollutants and naturally clean the water. An overflow pipe then routes the newly cleaned water back into the nearby natural watercourse without polluting the waterways.â 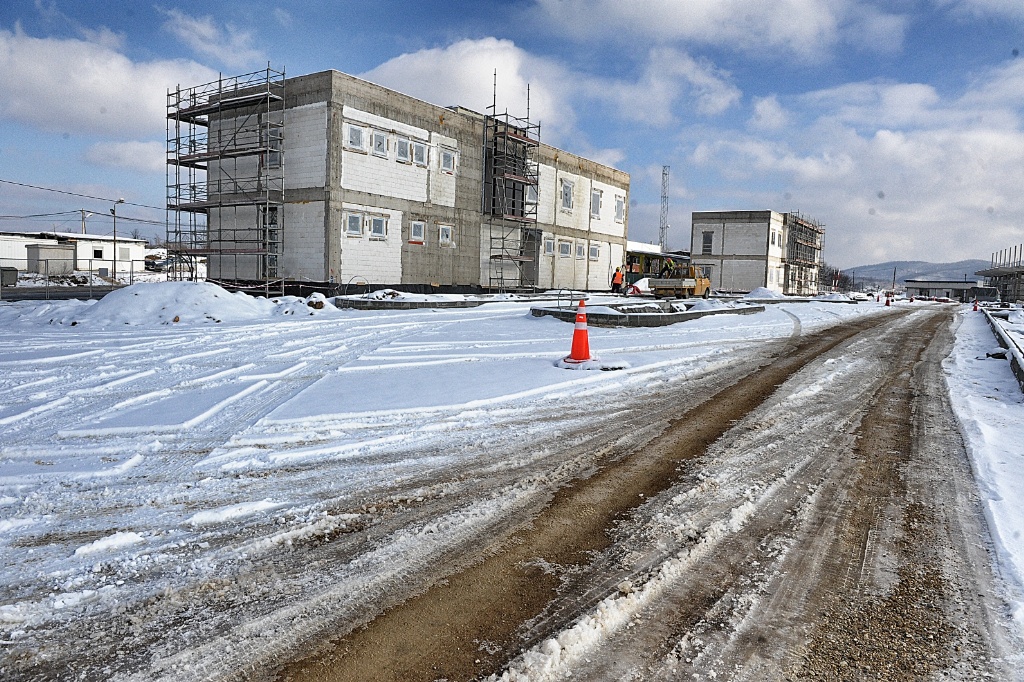 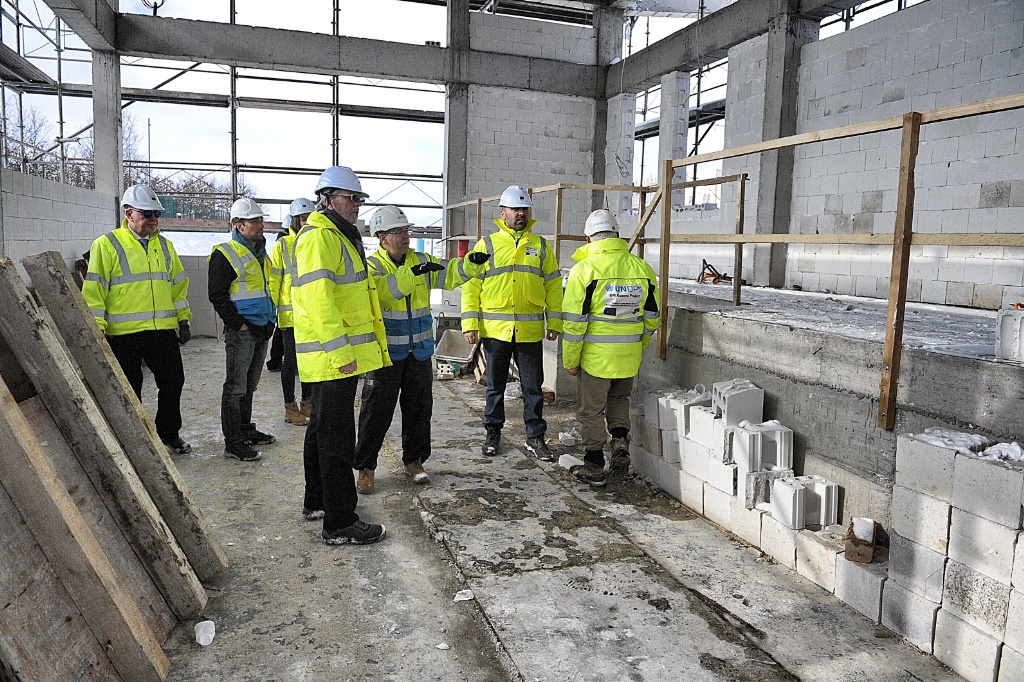 The UNOPS Head of Office for Pristina, Brendan Keirnan explains to EULEX officials the use of the state of art facilities and their effect to better security, increased revenues and most of all much better working conditions for the staff working there.

State-of-the-art facilities that help improve security and assist in ensuring increased revenues for the Kosovo budget will feature at the CCP, as well as vastly improved working conditions for the staff who will work there. 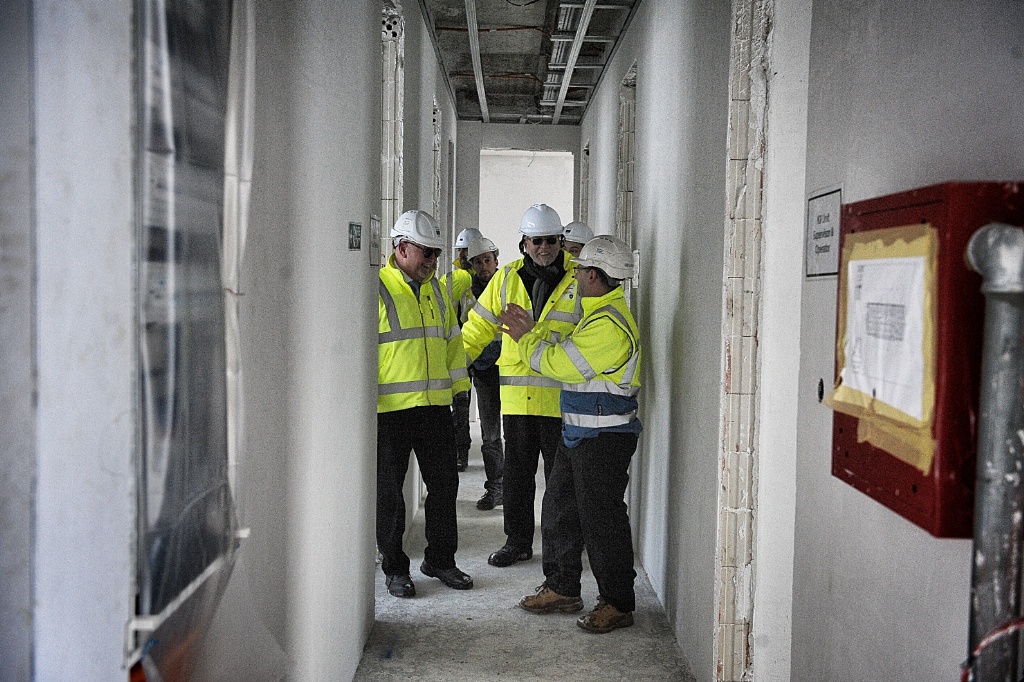 The UNOPS Head of Office for Pristina, Brendan Keirnan together with EULEX Officials inspecting the state of art facilities which will significantly improve the working conditions for the staff working there.

The budget for the entire project is â¬11m, with two other CCPs currently in the planning or construction stage, namely at MutivodÃ«/Mutivode and BÃ«rnjak/Brnjak  which are also implemented by UNOPS. 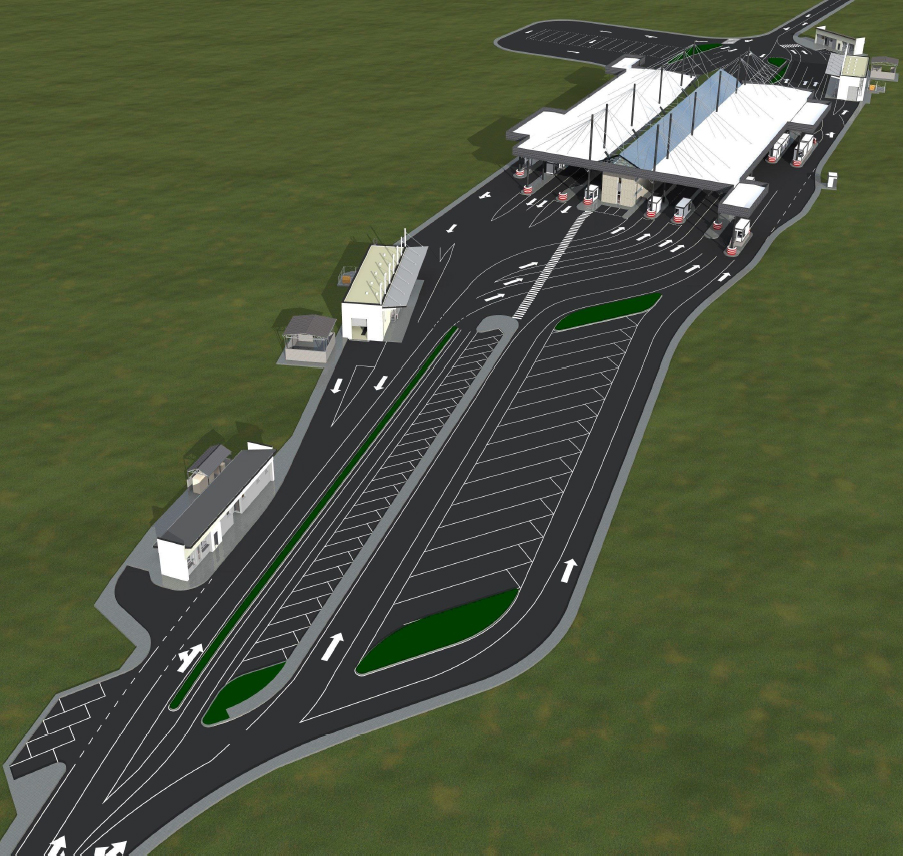