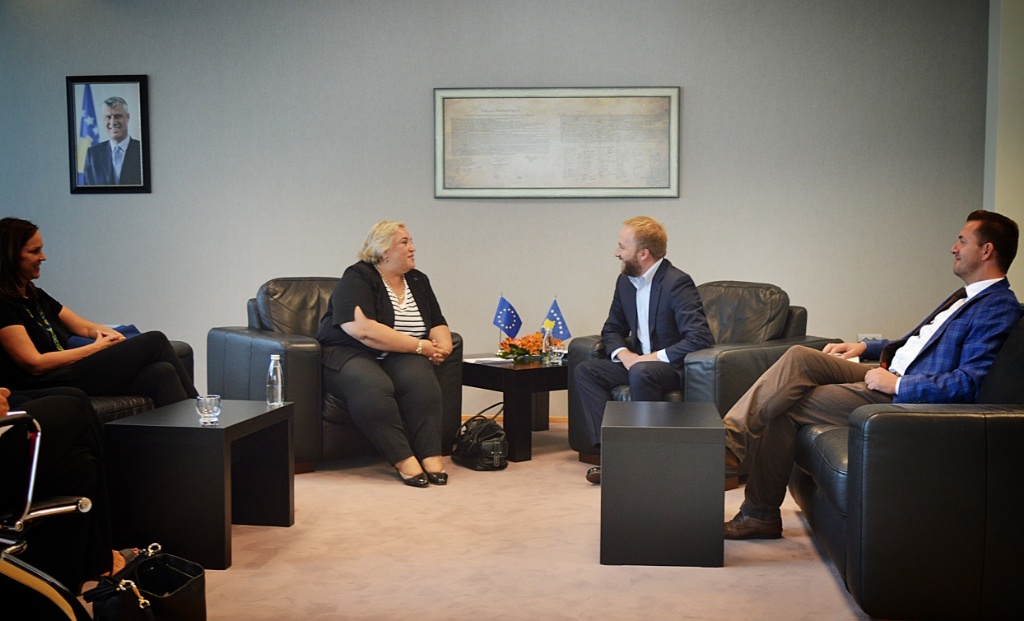 The EU Rule of Law Mission in Kosovo (EULEX) Head Alexandra Papadopoulou met with the new Kosovo Minister of Justice Abelard Tahiri. Papadopoulou emphasised continued EULEX-MOJ cooperation in strengthening rule of law institutions in Kosovo, especially with respect to the fight against corruption and the process of justice integration in the north.

âEULEX is committed to supporting both the Ministry of Justice and Kosovo institutions as they continue to move forward with much needed reforms concerning the rule of law. Maintaining a strong working relationship regarding these issues is fundamental for Kosovoâs success. EULEX partnership with Kosovo institutions is a crucial component of this,â said Papadopoulou.

Papadopoulou congratulated the new Minister of Justice and expressed EULEXâs continued support in his new duties.