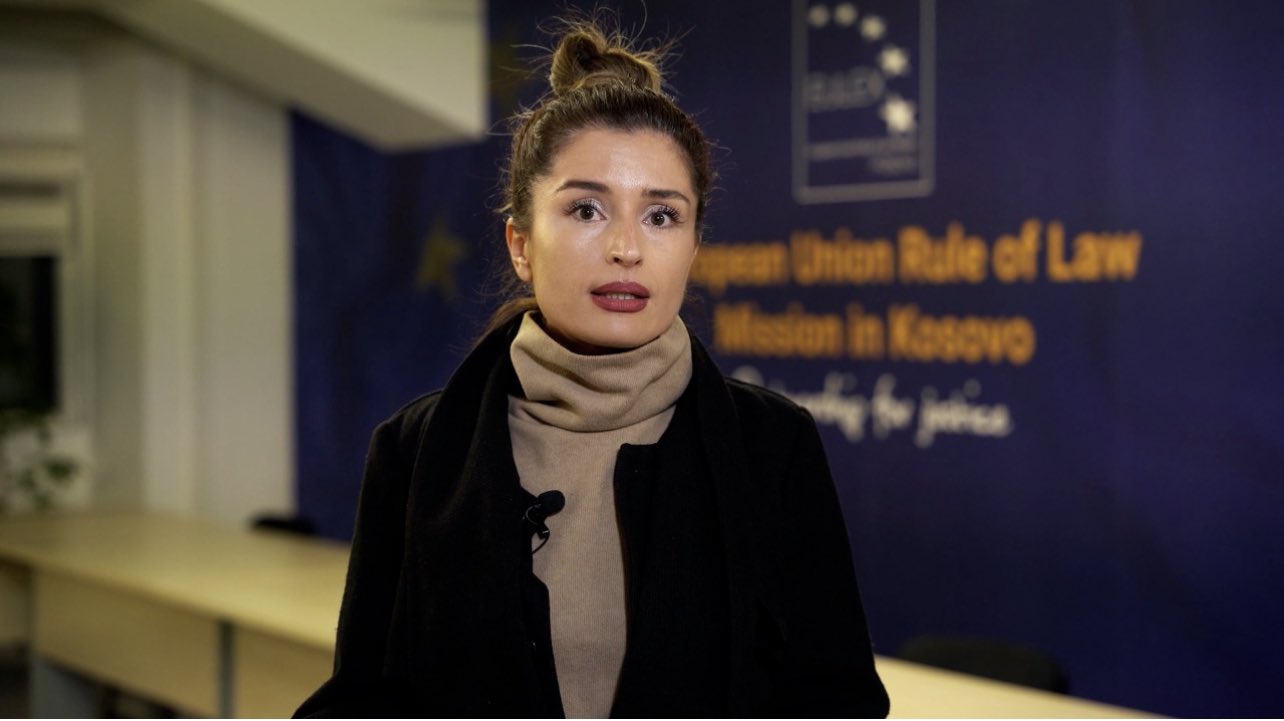 On 11 November, the Spokesperson of the European Union Rule of Law Mission in Kosovo (EULEX), Donika Berisha Rizaj, gave an interview to ABC News Albania and talked about the deployment of EULEXâs Reserve Formed Police Unit (RFPU), the Missionâs role as Kosovoâs second security responder, and EULEXâs monitoring presence in northern Kosovo.

Berisha Rizaj confirmed the recent temporary deployment to Kosovo of 23 gendarmes from the Italian Carabinieri: âOn 8 November, a Reserve Formed Police Unit consisting of 23 gendarmes from the Italian Carabinieri was temporarily deployed to Kosovo to reinforce the capacity of the existing Formed Police Unit of EULEX Kosovo, which consists of 105 police officers.â

Regarding the Missionâs presence and role in northern Kosovo, the EULEXâs spokesperson explained that EULEXâs Formed Police Unit has further increased its mobile reconnaissance patrols in northern Kosovo, adding that: âEULEXâs Senior Police Advisors North are based in the compound of Kosovo Police's Region North Directorate and are providing advice to this Directorate and the four police stations under its command on number of issues. In addition, the EULEX Advisor to the Chief Prosecutor of the Mitrovica Basic Prosecution Office and the EULEX Advisor to President of Mitrovica Basic Court are closely monitoring the situation in these two justice institutions.â

âWe will do what is needed, and what it takes, to support the stability of Kosovo, within the confines of our mandate, and contribute to the security of its population,â EULEXâs Spokesperson stated, pointing out that in its role as Kosovoâs second security responder, EULEX will only engage at the explicit request of the Kosovo Police.