Workshop on Investigation and Prosecution of Domestic Violence Cases 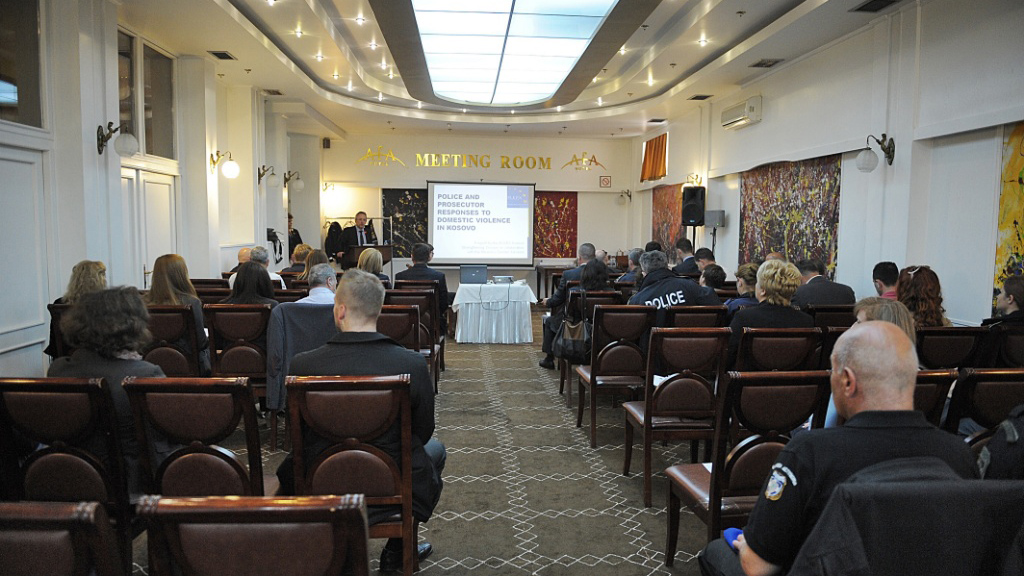 On May 28 and 29, prosecutors and members of Kosovo Police (KP) participated in a two-day “Police and Prosecutor Response to Domestic Violence in Kosovo” workshop organized by EULEX.

During his opening speech, Deputy Minister of Justice, Lirak Çelaj, emphasized the importance of the draft report, “findings of the draft report presented today will serve as good bases during current drafting of the new national strategy against domestic violence.”

Martin Cunningham, Deputy Head of Strengthening Division, Maria van der Hart, Mobile Advisor in the Police Strengthening Department, and Nicola Brassil, expert on gender issues, presented the results of their findings during the workshop. Their findings were outlined in a working document that assessed the current standing of Kosovo Police and the Kosovo Basic Prosecution Office responses to domestic violence. The document commended the good practices employed by the institutions to combat domestic violence and made recommendations to Kosovo Police, Kosovo Basic Prosecution Offices, EULEX Kosovo, and other stakeholders on ways to improve their response to domestic violence in Kosovo. “The recommendations that will derive from further findings of the discussions during this workshop will be incorporated in the final report,” Martin Cunningham, Deputy Head of Strengthening Division, explained.

Arben Ismajli, a prosecutor based in Gjilanë/Gnjilane, concluded: “The research and exchange of experience during this workshop added value to our continued improvement efforts of the police and prosecution, specifically in increasing the trust of citizens to report domestic violence cases.”