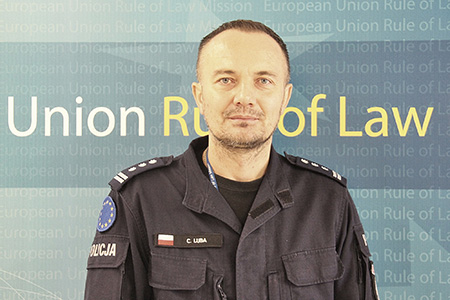 âServing within an international police environment gives a unique opportunity to gain from best practices of different foreign police forces, but also to proudly represent the Polish police on multinational level,â said the Deputy Head of the European Union Rule of Law Mission (EULEX), Cezary Luba, in an interview with âPolicja 997â, a Polish monthly magazine focusing on police work.

The EULEX Deputy Head also described his daily tasks and spoke about the steps the Mission took to mitigate the spread of the coronavirus, stressing that no EULEX staff member tested positive for COVID 19.

The full interview is available here in Polish: http://gazeta.policja.pl/997/informacje/187256,Na-strazy-pokoju.html