What is former EULEX local staff up to these days? 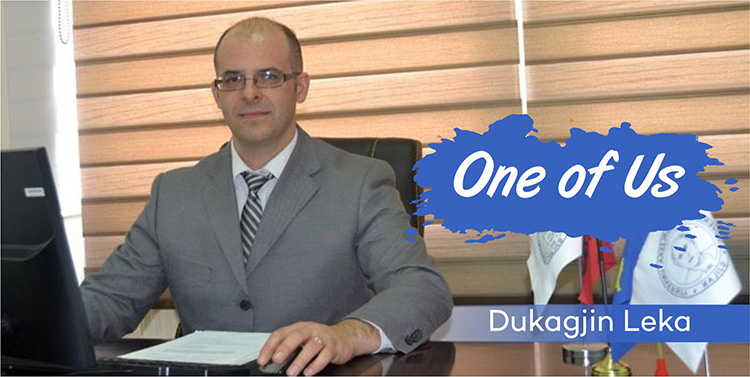 Hear from Dukagjin Leka about his work experience at EULEX and his career as Vice-rector for International Relations at the Public University of âKadri Zekaâ in Gjilan/Gnjilane.

While working as a Security Information Analysis Assistant at EULEX for six years, he successfully obtained a PhD in European Law and European Institutions from the University of Tirana. After his departure from the Mission in 2016, he went back to academia as a University Professor to teach law at the Public University of âKadri Zekaâ.

The years he spent working among international colleagues at EULEX allowed him to grow professionally and provided him with new insights and expertise. âThe experience I have acquired on writing reports, doing analysis and developing my interpersonal skills made me more professional and successful in my new engagement at the Universityâ.

He also firmly believes that the Missionâs legacy lies within its former staff. He argues that EULEX has always encouraged the local colleagues in their personal development and careers. âOwing to the Missionâs continuous assistance, all of my former colleagues have found suitable and challenging new positions within the Kosovo public and private institutions. I believe that without this support, I would not be as professional as I am now as Vice-rectorâ, summarizes the Missionâs positive impact Dukagjin.