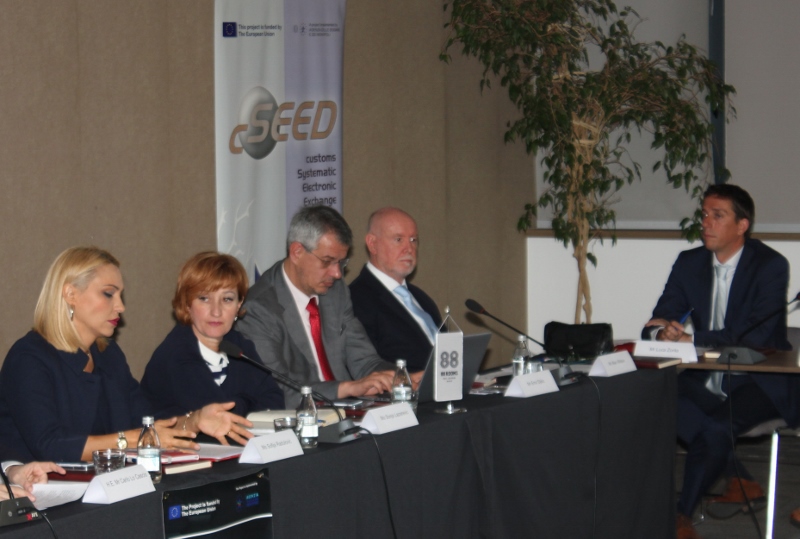 EULEX (AUPBM â Alan Wilson and Luca Zonta) participated in the âSEED Steering Committee Meeting and Workshop of the âSEED Maintenance and Developmentâ Projectâ held in Belgrade between 27th and 28th June. Both the SEED Meeting and the Workshop were jointly chaired by DG NEAR and the Italian Customs and Monopolies Agency, who administers the SEED Project.

Delegations from all the SEED Member Countries Customs Administrations (Albania, Bosnia and Herzegovina, fYRoM, Kosovo, Montenegro and Serbia), plus representatives from the CEFTA Structures (Committee of Trade Facilitation), took part in the meeting and workshop.

EULEXâs participation was warmly welcomed by the combined Chair and EULEX was also invited to give a short presentation on the latest SEED initiative, which is in the context of the EU facilitated Dialogue, namely the establishment of the âSEED Technical Groupâ, its role and objectives.

The future of SEED is now safeguarded and will be incorporated as SEED+ within the framework of the CEFTA-Additional Protocol 5.

The Central European Free Trade Agreement (CEFTA) is a trade agreement between non-EU countries, members of which are now mostly located in Southeastern Europe - as of 1 July 2013, the parties of the CEFTA agreement are: Albania, Bosnia and Herzegovina, fYRoM, Kosovo, Moldova, Montenegro, and Serbia;

The SEED Technical Group is made up of representatives from 4 x stakeholders: Belgrade and Pristina Parties Customs Administrationsâ, SEED Maintenance Team and EULEX â Purpose: to resolve problems in relation to the facilitation of commercial freight at the CCPsâ; 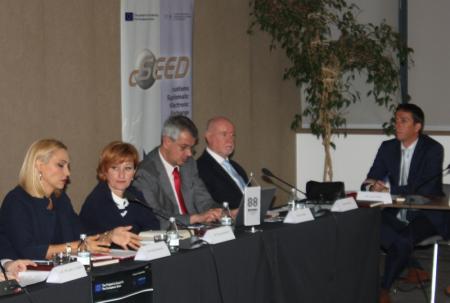 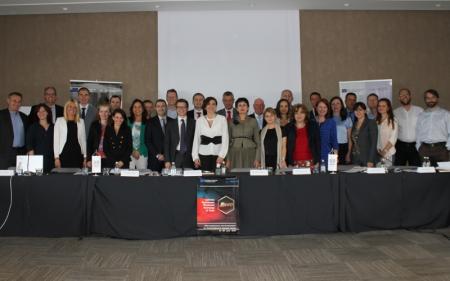