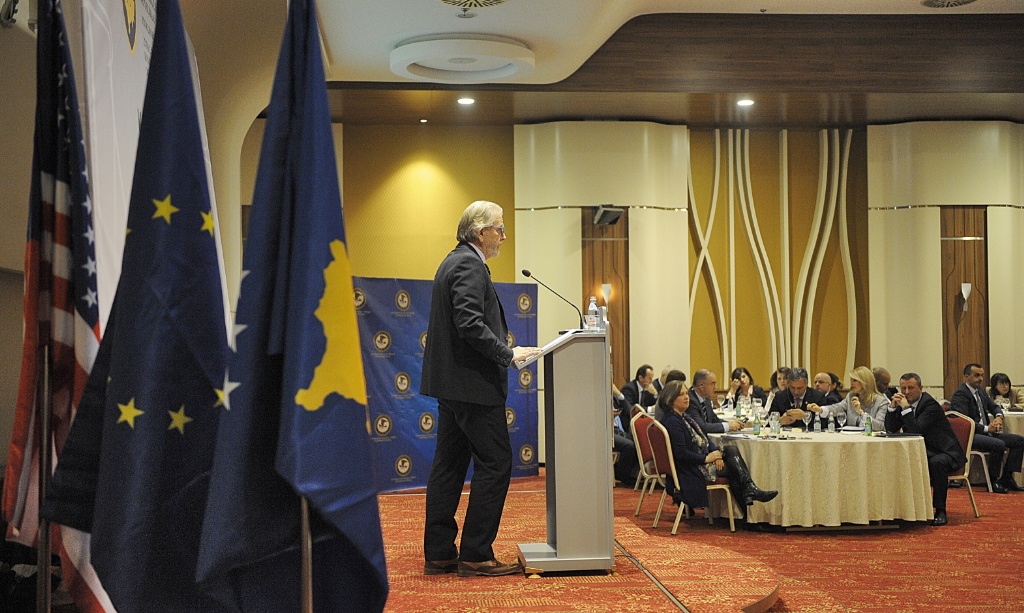 On 28 January, the Annual Conference of Kosovo Prosecutors was held in Pristina and attended by over 200 prosecutors, including the Deputy Head of Mission, Bernd Thran, and Chief EULEX Prosecutor, Claudio Pala.

âA good barometer of Kosovoâs success in the rule of law has been the size of EULEX. When the Mission was first launched at the end of 2008, it had around 3,000 staff. Today, eight years later there are only 800,â said Mr Thran in his speech.

He concluded by stating, âIâd like to stress that EULEX, the wider EU Family, and our friends in the international community will continue to support Kosovo on the strong upward trajectory it has been on over the past years.â

There were a variety of topics being discussed at the conference, including achievements and challenges in prosecution management, challenges of state prosecutors and steps to addressing them, and cooperation between victimsâ advocates and state prosecutors.