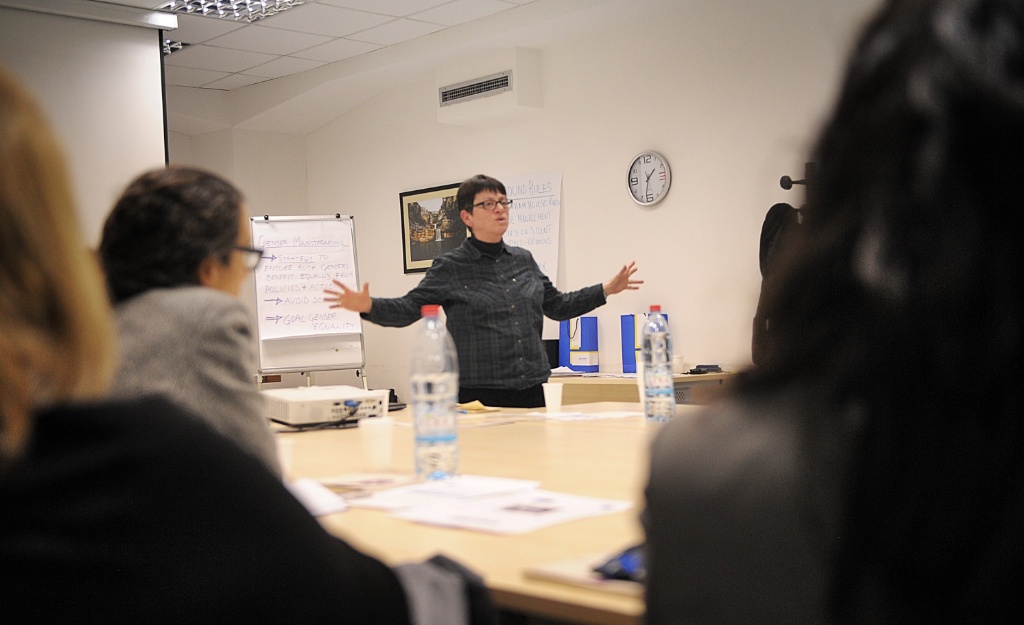 From 25 November, the International Day for the Elimination of Violence against Women, to 10 December, Human Rights Day, the 16 Days of Activism against Gender-Based Violence Campaign is a time to galvanize action to end violence against women.

As part of the 16 days of Activism Campaign in Kosovo, and in the framework of the EULEX Gender Focal Point training seminar, the Executive Director for Kosovo Womenâs Network Igballe Rogova, a prominent Human Rights and Womenâs Rights Activist, held an open lecture at EULEX on âWomenâs agency in Kosovo: a central factor in building sustainable peace.â

While gender-based violence affects women disproportionately, Ms. Rogova exemplifies that women are not only victims but also important agents for a more peaceful society.

Ms. Rogova also spoke about peacebuilding activities, and the work of women from the region even during 90âs and after the war, âreconciliation is a process that we did in our own way and in our time,â explains Ms. Rogova.

The EULEX Head of Mission, the Missionâs Gender Focal Points, and many EULEX staff members participated in the lecture by Ms. Rogova held on 1 December 2016 at EULEX Headquarters to raise awareness on eliminating gender based violence.

âEULEX is fully dedicated to the inclusion of human rights as well as a gender perspective and gender-mainstreaming standards in all of its activities, both within the Mission and while working with Kosovo institutions,â EULEX Head of Mission Ms. Papadopoulou emphasized.