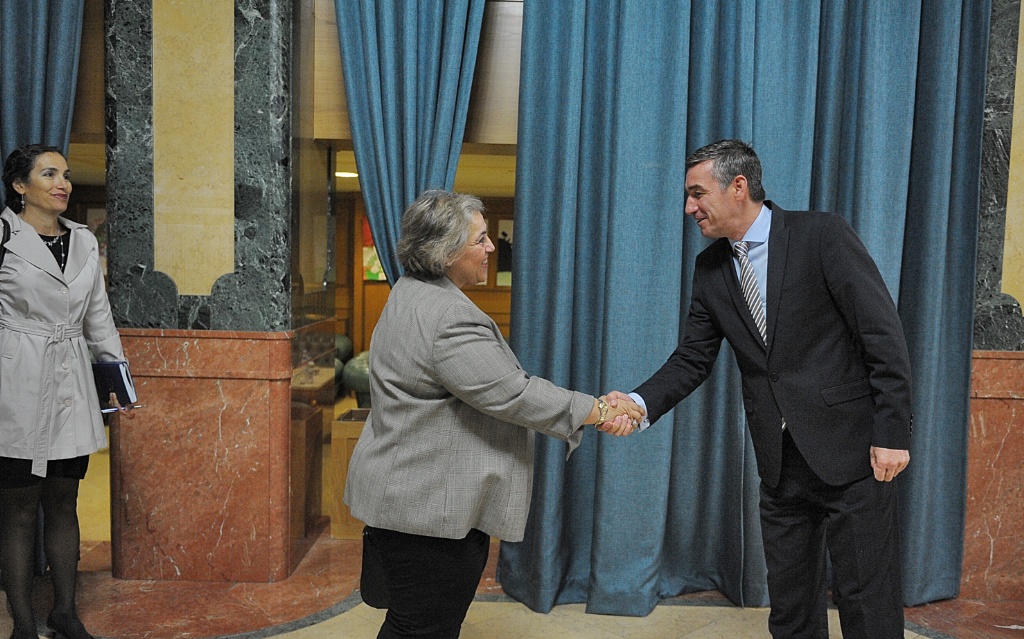 The EULEX Head of Mission, Ms. Alexandra Papadopoulou, held an introductory meeting today with the President of the Kosovo Assembly, Mr. Kadri Veseli.

Ms. Papadopoulou praised the good cooperation that EULEX has had with Mr. Veseli and thanked him for his support, in particular with regard to the extension of EULEX’s mandate.

She reiterated that Kosovo institutions should be encouraged to make use of the continued assistance provided by EULEX to Kosovo’s judicial authorities and law-enforcement agencies.

“EULEX stands ready to assist and support Kosovo in further tackling the existing challenges in the rule of law on Kosovo’s path towards European integration, particularly when it comes to building a multi-ethnic and independent judiciary” said Papadopoulou.