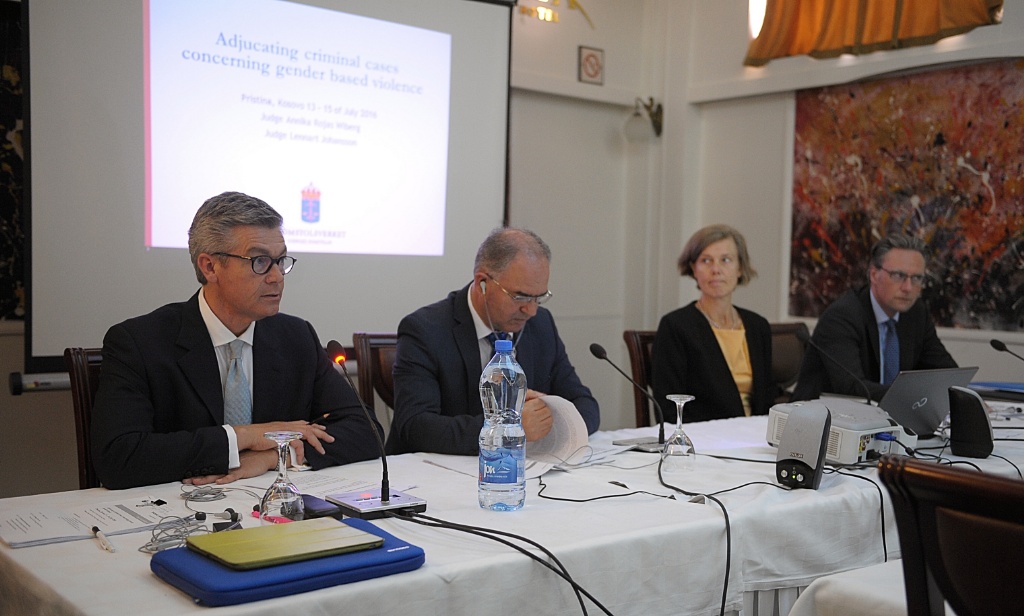 EULEX Mission organised a three-day seminar on adjudicating criminal cases concerning gender based violence. The specialized training, held on 13-15 July, was focused on strengthening the capacity of Kosovo judges, selected by the Kosovo Judicial Council, to take part in  specialised panels tasked to apply gender sensitive approach when processing gender based violence.

The head of EULEX Judges, Malcolm Simmons, reiterated the importance of the rule of law in pursuing the sexual and gender based violence. “Kosovo has turned a corner.  Establishing specialised panels of trained judges to deal with offences of this nature sends a clear message to society and to the world that abuse of this nature will not be tolerated”, Judge Simmons stressed at the opening of the training.

The Chair of the Kosovo Judicial Council, Nehat Idrizi, emphasized the importance of the event:  “This is the first time we're having such training, we hope that it will serve the purpose to expand our knowledge regarding the adjudication of sexual and gender based violence cases."

He also  thanked EULEX for its continuous support in strengthening the rule of law in Kosovo.

The external experts in this field, Annika Wiberg and Lennart Johansson,  from the Swedish National Courts Administration conducted the training. Through lively and interactive group discussion the training touched upon several topics such as the access to justice, understanding and identifying the types of gender based violence, mental and physical health outcomes of gender based violence, evidence, the court room environment, victims, treatment of witnesses and confidence in the criminal justice.

According to Judge Simmons, the aim of this training is to expand the understanding of both  the nature and  type of offences Kosovo judiciary will deal with, the challenges it will undoubtedly encounter and to equip judicial personnel with the skills required to effectively manage such cases.

EULEX will follow-up on the results and impact of the training and present a training manual on adjudicating gender based violence cases, based on best international standards and a gender sensitive approach. 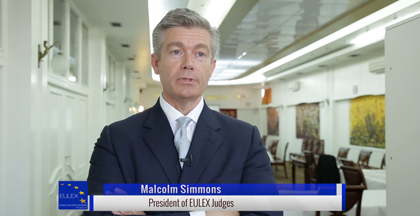