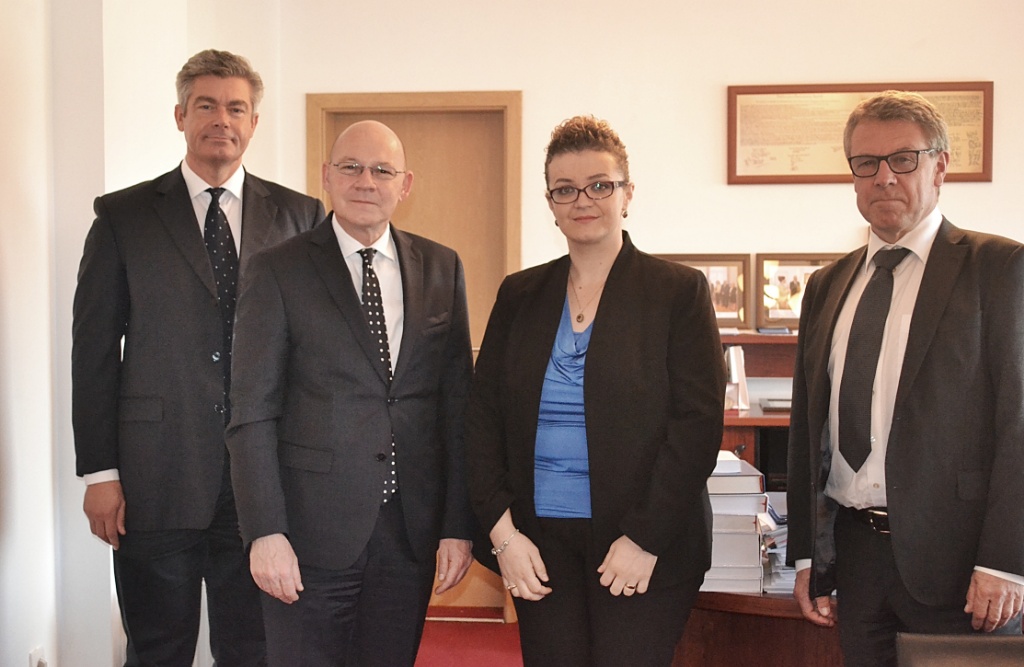 On 28 October 2015 EULEX Head of Mission Gabriele Meucci visited the Constitutional Court and met with its President, Mrs Arta Rama-Hajrizi.

Together with Malcolm Simmons and Anders Cedhagen, respectively President and Vice-President of EULEX Judges, Amb.Meucci and President Rama-Hajrizi discussed the state of play of Rule of Law and constitutional justice in Kosovo.