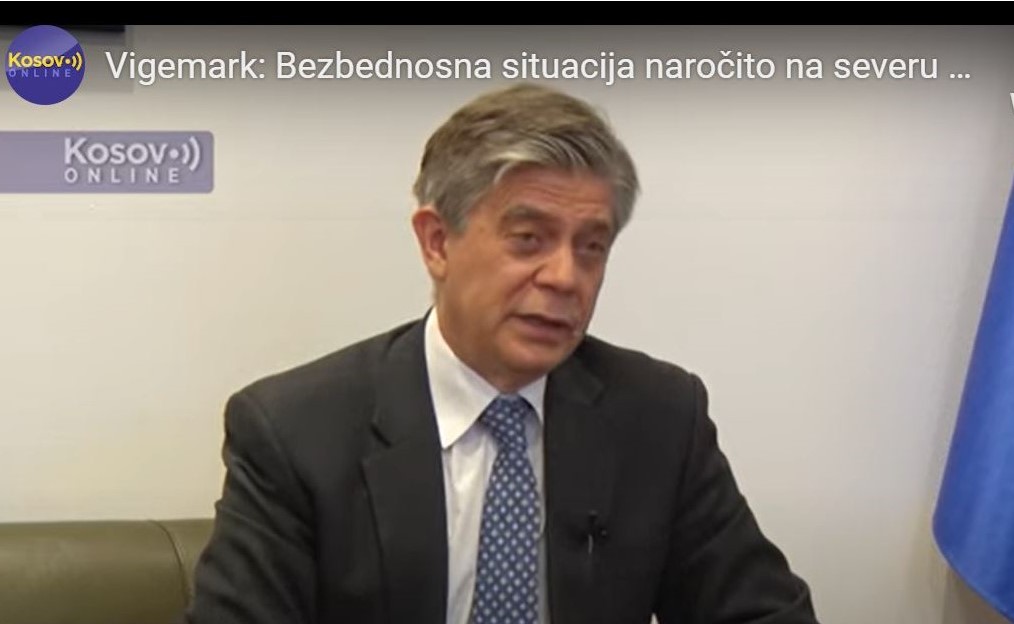 In light of the recent escalation of violence in northern Kosovo, the Head of the European Union Rule of Law Mission in Kosovo (EULEX), Lars-Gunnar Wigemark, gave extensive interviews to Associated Press, Kosovo Online and Tanjug.

On 11 December, a few hours after the stun grenade attack on a EULEX reconnaissance patrol, Wigemark spoke to Associated Press calling on âthose responsible to refrain from more provocative actionsâ and it urged the Kosovo institutions âto bring the perpetrators to justice.â

On 14 December, the Head of EULEX spoke with Kosovo Online about the stun grenade attack on a EULEX reconnaissance patrol, strongly condemning the attack and confirming: âThere is no doubt that this incident took place.â

Describing the current EULEXâs Formed Police Unit and Reserve Formed Police Unit, Wigemark explained how: âAt the beginning of November, we had received reinforcements before tensions escalated. We have a police unit mainly from Poland that is very professional and well-trained, especially for crowds and riot control. We also have 24 Italian carabinieri who arrived at the beginning of November and a small group of special police from Lithuania.â

The Head of EULEX also recalled the clear mandate of the Mission to monitor the entire chain of justice and recalled how: âNow that the Serbian community has withdrawn from Kosovo's institutions, trust is even less. That is why I emphasize that it is important for the Serbs to return, because there is a way to build trust.â

Talking to Tanjug, on the same day, Wigemark confirmed that: âThe security situation in northern Kosovo is very serious, very tense, and ordinary citizens are afraidâ, confirming the current limitation of freedom of movement, and adding that EULEX has tripled its presence and is trying to be present as much as possible in order to calm the situation.

Referring to the presence of the barricades the Head of EULEX explained that the Mission has neither the authority nor force to physically remove the barricades.

More about the interviews: