KCPSED a partner in building skills in police and customs, says de Kermabon 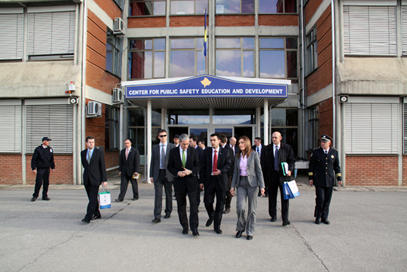 âThe main part of the EULEX Mission is to advise the Kosovo Police and Kosovo Customs so I think the role of the police academy is very important because it provides step by step improvement of skills and capacity of the police, customs and other public safety institutions. Therefore I decided to come and look at new improvements,â Yves de Kermabon, Head of EULEX said today during a visit to the Police Academy at Vushtri, renamed the Kosovo Centre for Public Safety, Education and Development (KCPSED) in March 2008.

Since then it was transformed from a police training academy known as the OSCE/KPS school into a training centre for 4 public safety agencies: Kosovo Police, Kosovo Customs, Correctional Services, and Emergency Management, which, according to Taibe Canolli, Head of KCPSED, meet European standards. The key training concept is public safety, or responsibility towards its citizens.

The Police Academy was established in 1999 soon after the end of the war under UNMIK which was mandated to establish a local police service, in cooperation with OSCE.

Mr. de Kermabon paid tribute to the evolution of the training programmes, which from next autumn will offer a university degree. He asked what role KCPSED could play in the context of the Government and EULEXâs fight against corruption. Ms. Canolli replied that the training curriculum included programmes that raised awareness about the issue and taught students to resist corruption. âWe understand the importance of this and the need to fight it,âshe said.

Canolli said the police academyâs success was due to the international communityâs support, including that of EULEX, especially in capacity-building which she said would continue in the future. 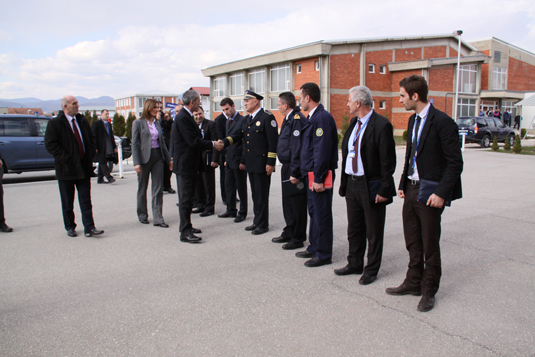 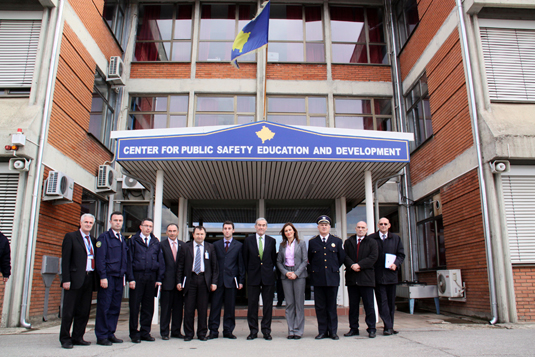 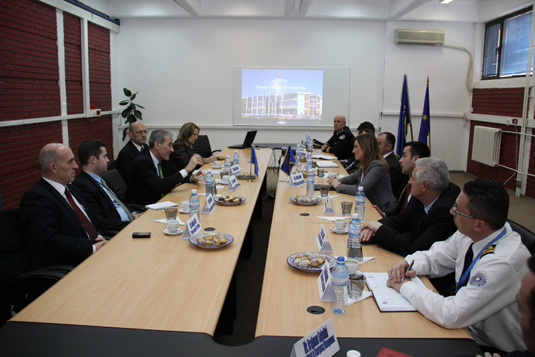