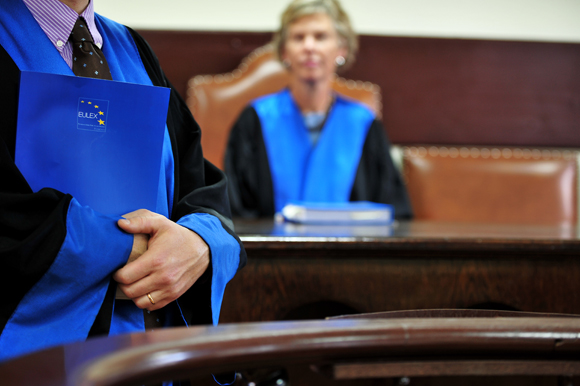 With the aim of bringing the Kosovo justice system closer to European standards, MMA (monitoring, mentoring and advising) remains a very important part of EULEXâs mandate.


With the aim of bringing the Kosovo justice system closer to European standards, MMA (monitoring, mentoring and advising) remains a very important part of EULEXâs mandate.

The EULEX judge, Witold Jakimko based in Prizren, is involved in one very good example of MMA being put into practice.

Judge Jakimko and his team organised a workshop for Prizren District Court judges. It focused on different practical aspects of the justice system in the district. Indictments, case allocation, and the interpretation of articles of the Kosovo Criminal Code of Procedure were among the issues discussed.

Jakimko emphasised the importance of the âpeer-to-peerâ discussion character of the workshop. âBy elaborating particular problems together, we are all learning how to reach a goal by using the same available, legal tools,â he said.

The workshop was highly praised by all parties, especially the local judges and the President of the Prizren District Court, Ymer Hoxha. âI am very impressed with the workshop. The topics, the interaction and especially the frank discussion between the local and international judges about very important issues that concern all of us, was very useful. I really hope this is not going to be the lastâ, said Hoxha.

Francesco Florit, the President of the Assembly of EULEX Judges, who was present at the workshop, recognized the very good relations between EULEX and Kosovo judges in Prizren. âThey have courage, they have ideas, they may agree with you or not, but there is no reluctance in speaking. This process is fundamental in identifying the strong and the weak points.â said Florit.

Through monitoring, mentoring and advising, EULEX staff act alongside their Kosovo counterparts in their daily routines and duties, with the aim of introducing the European best practices in their area of work.