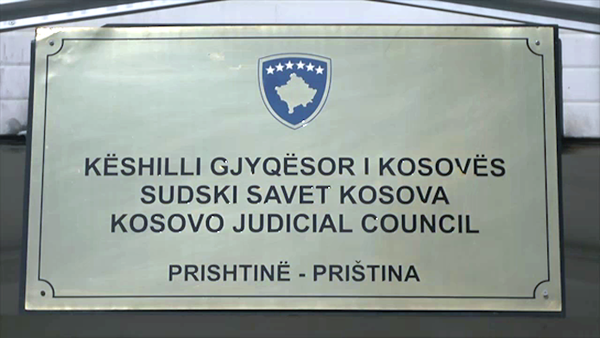 The Kosovo Judicial Council represents one of the most important powers in a democracy, that of a free, independent and impartial justice system. Being one of the main institutional guardians of the rule of law in Kosovo, it is surprisingly unknown to the general public. To raise awareness about the work of KJC and to discuss its challenges, KJC spokesperson Aishe Qorraj together with Head of EULEX Strengthening Division Peter Bach, were guests in RTKâs live TV program âSundayâs Magazineâ.

Peter Bach worked closely together with the KJC, already before he started working for EULEX. He explained that the KJC has come a long way in recent years. For example, in the beginning there were not enough judges, so they had to be recruited, screened and appointed. The KJC is one of Kosovoâs rule of law institutions that is actively supported by EULEX, through the Strengthening Division. EULEX has three advisors co-located in the KJC and two EULEX judges are appointed as temporary KJC members. Aishe Qorraj expressed her satisfaction with the cooperation between KJC and EULEX so far. Acknowledging the many challenges that the Kosovo judiciary is facing, she emphasized that the KJC is on the right track.

The KJC administers all courts and judges in Kosovo, and has its own budget. Thirteen council members (judges, lawyers and other professionals) make the main decisions about the Kosovo judiciary, independent from political institutions such as the government or the parliament. These decisions are bureaucratically prepared and executed by the KJC secretariat. Other important KJC bodies are the office of the Disciplinary Prosecutor, which is a joint office with the Kosovo Prosecutorial Council, an office to review judicial performance and an office for evaluation and vetting of judges.

A fragment of the program can be watched here. On Saturday 10 November at 11.45 the complete show will be rebroadcasted on RTK.

Since October EULEX has been organizing a range of activities in support of Kosovoâs rule of law institutions. For more information see our facebook and an overview of the TV spots that are being broadcasted.