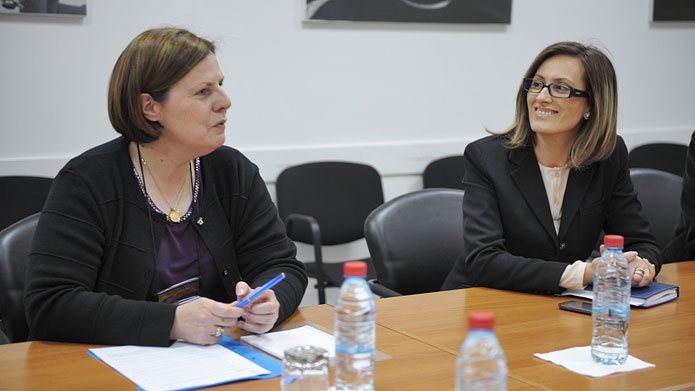 On 20th March Deputy Head of Mission, Joelle Vachter, met with the Chair of the Association of Women in Kosovo Police (AWKP), Col. Taibe Canolli, Director of Personnel and Administration in Kosovo Police.


The meeting was also attended by EULEX experts working in areas related to gender â EULEX Gender Advisor and Advisors from the Police Strengthening Department. The aim of the meeting was to discuss issues of common interest and identify areas in which EULEX can actively support the Association. AWKP was officially launched in November 2013 and brings together all women working in police and civilian structures of the Kosovo Police across the country. The Association aims to empower women in the police by providing them with an opportunity to raise awareness and address issues of interest to women within the Kosovo Police, and the society at large. Specifically, the Association's objectives are to support professional development of women working for the police, promote welfare and psychosocial health of females and work towards greater inclusion of policewomen in decision making processes.

These aims find full support from EULEX as our Mission's mandate is, inter alia, to support Kosovo rule of law institutions in achieving gender balance in their workforce, as well as in implementing principles of non-discrimination and gender equality in their daily work. During the meeting both parties discussed progress achieved by the Association during first months since its establishment, including growing interest in its membership, as well as inclusive character of the AWKP which is open to representatives of all ethnic minorities across Kosovo. Some discussed challenges AWKP is faced with include continuously decreasing number of women in the police force due to difficult working conditions, low salary, unfavorable legal provisions which make it difficult to combine career in the police with child rearing etc. Deputy Head of Mission, in the name of EULEX, expressed understanding for mentioned problems and assured Col. Canolli that the Association can count on Mission's continuous support for its work. EULEX is ready to provide any necessary expertise and hold presentations for AWKP members in areas of common interest, as well as share valuable contacts with other similar national, regional and international associations and professional cooperative networks. Col. Canolli expressed her utmost satisfaction for the support and expertise that EULEX has already provided for AWKP. Bothe parties look forward to positive cooperation in the future. 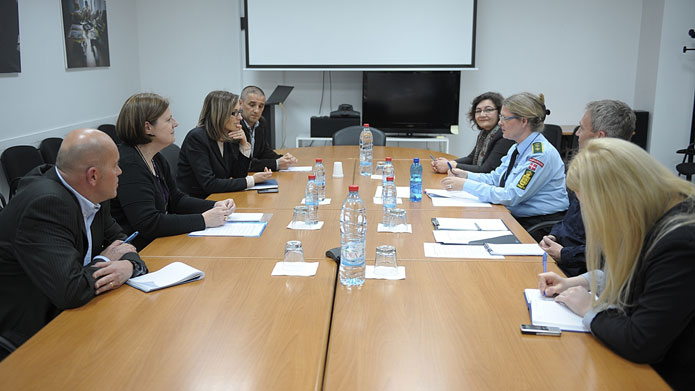