Message by the Acting Head of EULEX on Kosovo... 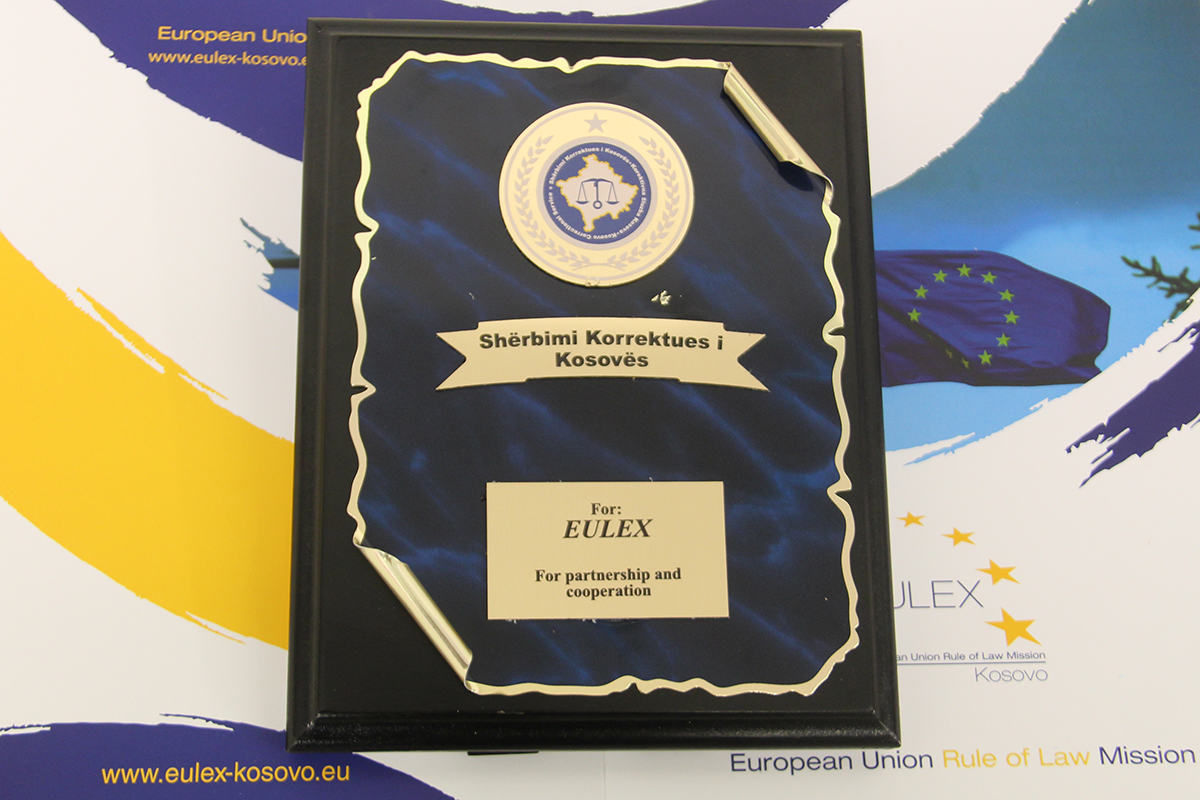 The Acting Head of EULEX, Cezary Luba, attended an official ceremony to mark the 20th anniversary of the establishment of the Kosovo Correctional Service (KCS), during which EULEX received a plaque in appreciation of its partnership and cooperation.

On the occasion of the anniversary, EULEXâs Acting Head conveyed the message below:

âI would like to congratulate KCS on the 20th anniversary of its establishment. The correctional service we see today in Kosovo is the result of the valuable assistance of the international community, including EULEX, whose contribution to the work of KCS was acknowledged during the official ceremony to mark the 20th anniversary of its establishment.

Since 2008, EULEX has been working shoulder to shoulder with the KCS to professionalise the service. As a result, the KCS has made progress in prison administration, operations and security management, adequate treatment of high-risk and high-profile prisoners, escort of prisoners and court security.

The KCS, in close coordination with and support from EULEX and several Kosovo non-governmental organisations, local institutions and international organisations launched the âAssociation of Women in the Kosovo Correctional Serviceâ, whose aim is to advance the position of women within KCS, and to help female employees advance their careers and achieve their full potential. EULEX is committed to further assisting the KCS in supporting these efforts through the organization of tailored training courses geared towards female officers.

As a result of the achieved progress, the KCS has taken on increasing responsibility as EULEX has gradually stepped back. For example, the recruitment processes within the KCS have seen an improvement â a trend which we hope will continue. In this regard, the KCSâ efforts to develop a professional senior management team will continue to be supported by EULEX through monitoring, mentoring and advising, as well as assisting the KCS in strengthening its capacity to counter undue interference and preferential treatment of inmates.

I wish the KCS every success in fulfilling its mission and I am looking forward to the continued cooperation between the KCS and EULEX in the future.â