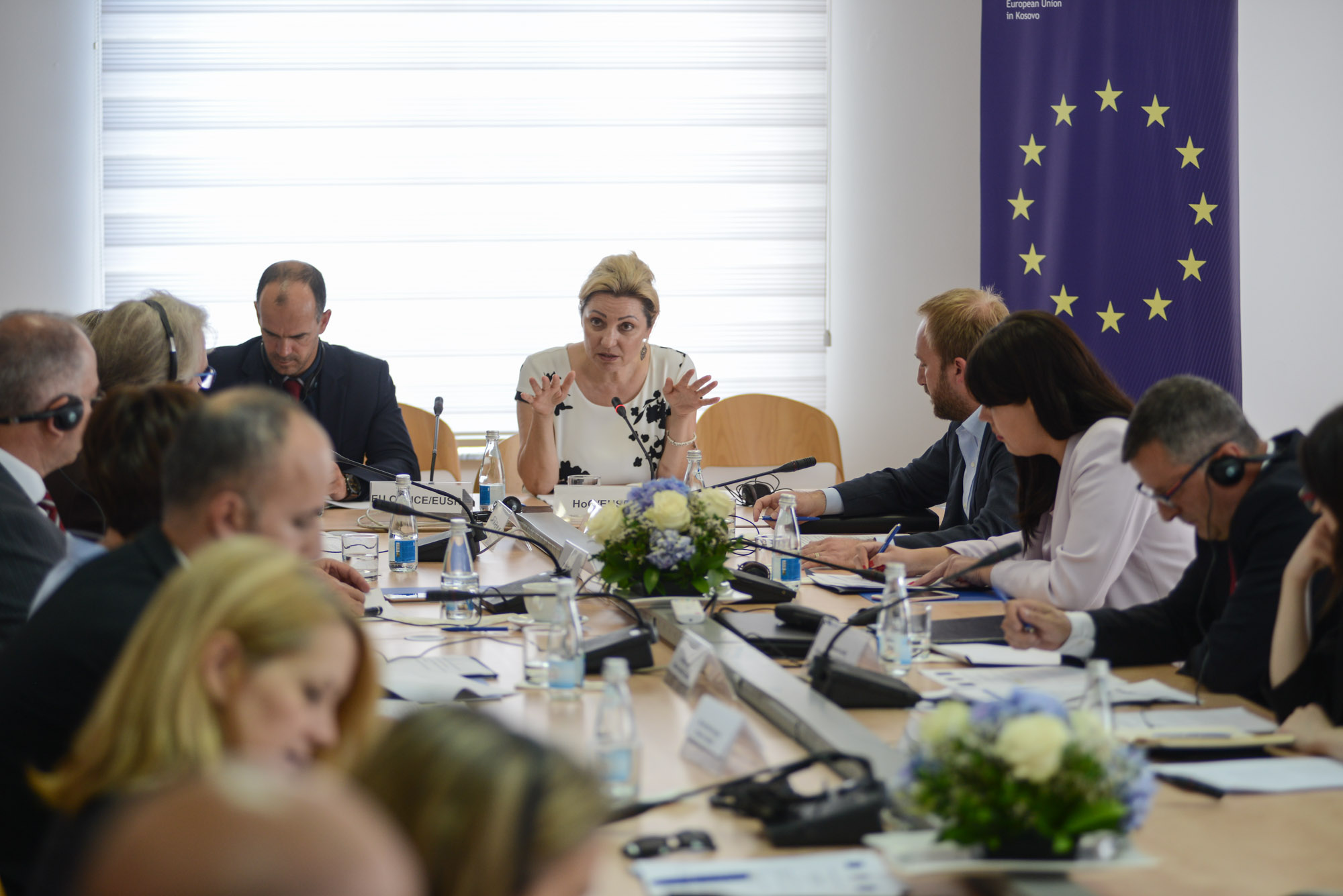 Pristina, 29 May 2018 - Today, the Head of the EU Office/EUSR, Nataliya Apostolova, the Head of EULEX Mission in Kosovo, Alexandra Papadopoulou, the Minister of Justice, Abelard Tahiri, together with the Chair of the Kosovo Judicial Council, Nehat Idrizi, and the Chair of the Kosovo Prosecutorial Council, Blerim Isufaj, held a meeting of the Joint Rule of Law Coordination Board.

While introducing the findings and recommendations of the 2018 European Commission on Kosovo Report, the Head of EU Office/EUSR, Nataliya Apostolova, said that Kosovo had made progress in most relevant rule of law issues and praised the Minister of Justice as well as the Kosovo Judicial Councils and Kosovo Prosecutorial Council which, together with other Rule of Law institutions have made it possible. She pointed out that various other matters still need further coordinated work. She also emphasised that fighting organised crime and corruption remains a key challenge for Kosovo.

The Head of the EU Office/EUSR, Nataliya Apostolova, also commended the efforts that Kosovo institutions made in the implementation of the short-term and mid-term priorities foreseen in the European Reform Agenda, within its component "Good Governance and Rule of Law".

âWhat remains to be done in the legislative domain is the swift adoption of provisions concerning suspension and removal of public officials, respectively indicted and convicted for corruptionâ Apostolova said. âThe required legal provisions for those convicted, have been introduced in the new Criminal Code, which is now before the Assembly of Kosovo. I have also learnt that relevant legal provisions on the suspension of public officials under investigation will be introduced in the new Criminal Procedure Code, which is currently being redrafted. We are looking forward to seeing both codes swiftly adopted by the Kosovo Assemblyâ.

The Head of EULEX, Alexandra Papadopoulou, focused on the process of justice integration in northern Kosovo, which began in October 2017. Whilst praising the success of the overall process, Papadopoulou stressed that: âMitrovica Basic Court requires further strengthening through measures aimed at overcoming language barriers between Kosovo Serb and Kosovo Albanian judiciary staff, as well as through action plans to tackle the huge load of cases that the newly formed Court facesâ. She also praised Kosovo for making progress with the implementation of the JRCB roadmaps, agreed jointly between EULEX and local counterparts to measure steps that need to be taken to ensure local sustainability, especially at a critical time when EULEX is progressively phasing out of some key rule of law areas.

âThe delivery of pending decisions and judgements related to KPA Appeals Panel to the parties residing outside Kosovo as recently initiated is an important achievement. The Law on Special Chamber of the Supreme Court is currently being amended, marking another important step in ensuring the continuity and sustainability of the work of the Court", Papadopoulou said. "However, we cannot stop here. Kosovo still needs to adopt the National Strategy for War Crimes that has been recently drafted. In addition, we urge the Institute of Forensic Medicine to become a fully functional institution led by a new Director to be selected as soon as possible and supported by appropriate regulationsâ.

The Minister of Justice, Abelard Tahiri explained the measures undertaken by his Ministry in order to strengthen the legislative framework which aims at preventing corruption and organised crime. He primarily pointed out at the package of laws designed for fighting corruption, as well other laws needed for the fulfillment of obligations stemming from the European Reform Agenda. âCorruption is a phenomenon which is difficult to tackle, and at the same time a problem we cannot afford to ignore. It is of an outmost importance to fight it in order to strengthen the rule of law and create a solid path towards building our European future. It is a job that implies a great responsibility which this Ministry of Justice, as an executive entity has approached very seriouslyâ â stated Tahiri. âThe suspension and removal of public officials that are indicted and/or convicted of corruption is addressed through the new draft Criminal Code and will be further elaborated through the draft Criminal Procedure Codeâ.

Minister Tahiri further stated that the conditions deriving from the European Reform Agenda are fulfilled and his Ministry is in the process of addressing all the recommendations that are provided through the EC Country Report. He also explained that further efforts for fighting corruption and fulfilling the remaining visa liberalization condition are made. In this regard he primarily pointed out at the process of the Functional Review of the Rule of Law Sector commenced in April, which shall come in handy as the tool for filling the gaps within the rule of law sector, thus improving the justice system in Kosovo.

The Chair of the Kosovo Judicial Council, Nehat Idrizi indicated that âthe Country Report for Kosovo 2018 is a key indicator in measuring progress of national institutions in fulfilling European-related reforms. It affirms the progress that Kosovo has achieved in several policy areas, but also acknowledges the need to further advance these important reformsâ. Chairman Idrizi, expressed commitment of the Kosovo Judicial Council to fulfill the remaining obligations of the judiciary concerning the timely and efficient tackling of corruption cases that stem from the European Reform Agenda as well as the remaining visa liberalisation criterion.

On his part, the Kosovo Prosecutorial Council Chair, Mr. Blerim Isufaj, informed the members of JRCB of the progress recently made by prosecutorial system in Kosovo, with special emphasis on the planned activities to further improve the administration through secondary legislation, draft strategies and relevant policies. âThe Council will focus on the recruitment processes of professional staff as well as recruitment, transfer and promotion of prosecutors, with special focus on the Kosovo Special Prosecutor Office (SPRK)â.

Finally, the Head of EULEX, Alexandra Papadopoulou, announced that the joint report of Kosovoâs progress in the rule of law, the 2017-2018 Compact Progress Report, would be released in September 2018 during the next JRCB meeting, which will be hosted by EULEX. 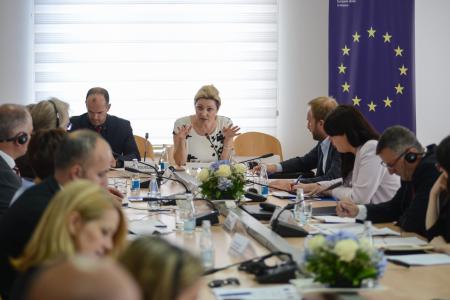 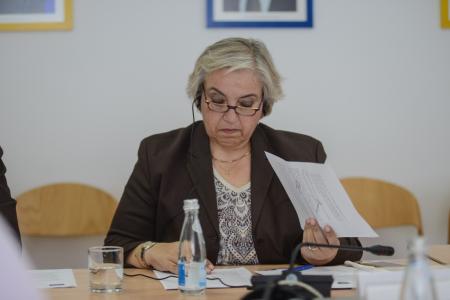 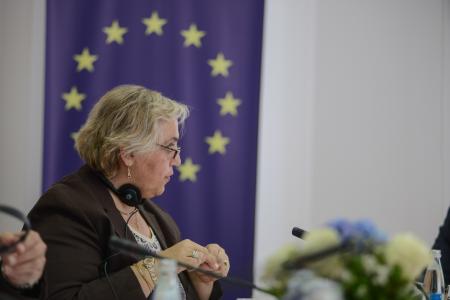