Head of EULEX meets newly elected mayor in the north 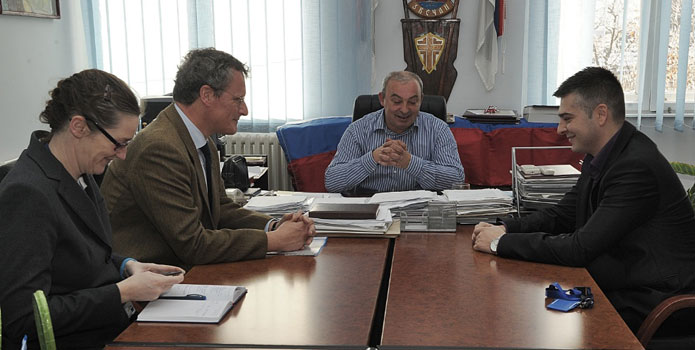 Today, EULEX Head of Mission Bernd Borchardt met the interim mayoral representative of ZveÄan/ZveÃ§an, Mr. Dragan NedeljkoviÄ, and the newly elected mayor of ZveÄan/ZveÃ§an, VuÄina JankoviÄ. Borchardt congratulated Mr. JankoviÄ on his recent election as mayor. He stated that he was looking forward to a constructive relationship between his office and EULEX.

"I am very pleased with the meeting I had with Mr JankoviÄ who has shown a keen interest in Rule of Law matters. I am convinced that it will contribute towards improving the quality and ensuring better life for all citizens", said Borchardt.

Among the issues discussed were cooperation with international stakeholders, the security situation in northern Kosovo, and EULEX's support to the implementation of agreements reached in the EU-facilitated Pristina-Belgrade Dialogue.