Joint Rule of Law Coordination Board meeting is held 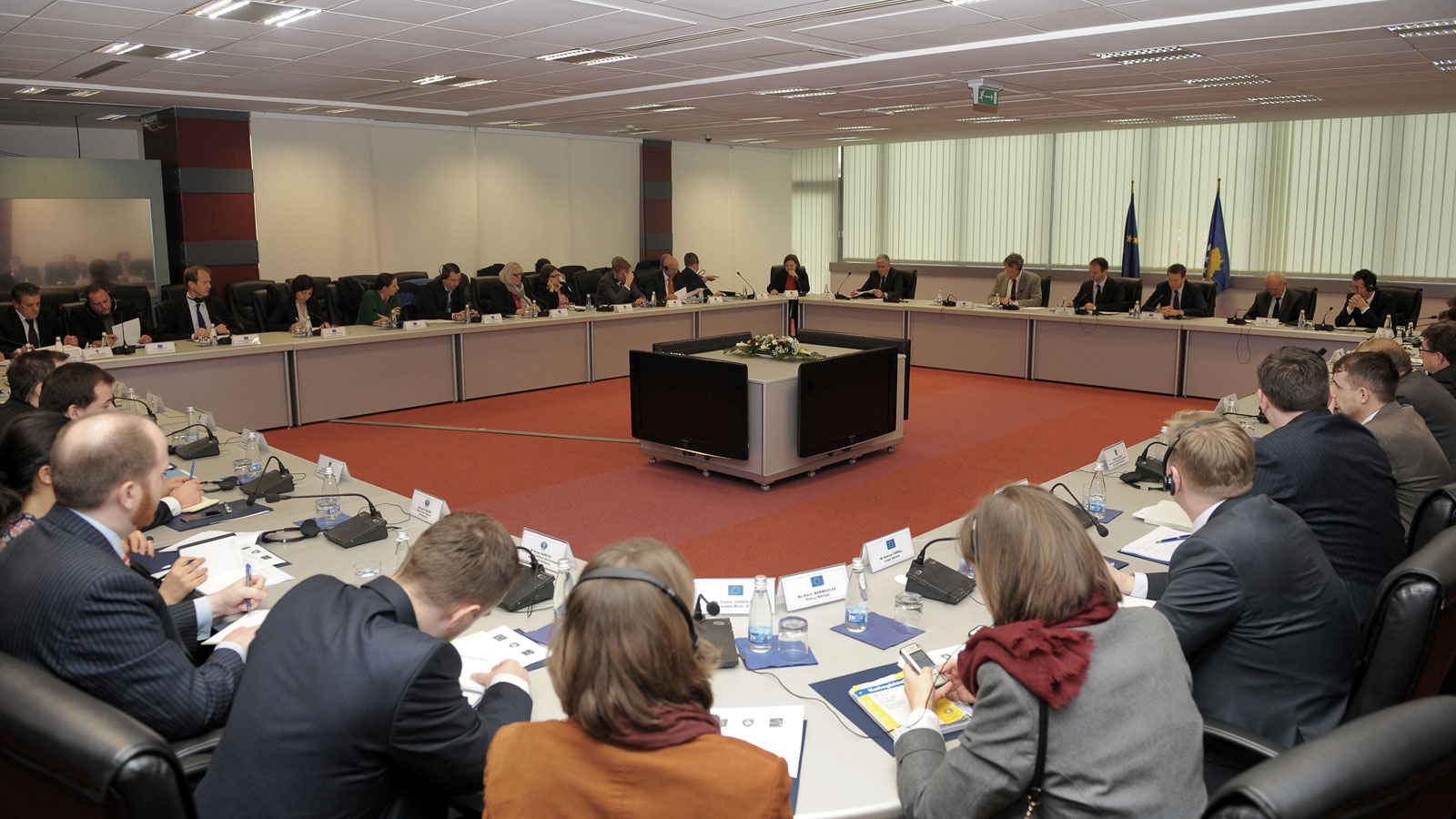 Prishtina, 22 January 2014; Joint Rule of Law Coordination Board held today its first meeting in this year. This meeting was hosted by Prof. Dr. Hajredin KuÃ§i, Deputy-Prime Minister and Minister of Justice, and was co-chaired by Bernd Borchardt, Head of EULEX Mission in Kosovo, and Samuel Å½bogar, Head of EU Office and EU Special Representative.


During the meeting, Dpt.-Prime Minister KuÃ§i said that: "Rule of Law remains a priority for the Government of Kosovo. We were and remain committed to implement all Roadmaps that have been approved within this Board. We will continue to work towards the consolidation of legal infrastructure, establishment of functioning structures and building complete capacities of Kosovo institutions in order to discharge such duties as set out by the law. Our goal is to establish a functioning and efficient system of justice, and to provide the citizens with an easier access to justice."

Å½bogar added that: "European Union and Kosovo have just concluded a successful session of Structured Dialogue in Brussels last week. We agreed on some activities aiming at Kosovo's institutional capacity building in ownership and accountability in the area of Rule of Law, and the ways how EU could continue to support these Kosovo efforts." â said Zbogar.

Head of EULEX Mission, Bernd Borchardt, noted that: "This Joint Rule of Law Coordination Board meeting provided us with the opportunity to assess what has been achieved throughout these months in relation to the implementation of the Compact, which we have signed in November 2012. We have particularly discussed the challenges of roadmaps adopted on previous occasions. Discussions were focused on anti-corruption actions, where more needs to be done. JRCB shall, on regular basis, review the progress. Issue of political interference was also discussed. Hopefully, in the next meeting we will adopt a kit of measures to combat political interference. I would like to use this opportunity and call on all Kosovo institutions to intensify their efforts in addressing the tasks emerging from the agreed Compact and the Roadmaps that have as yet not been fulfilled."