Alberto Perduca: "To heal the wounds of the past" 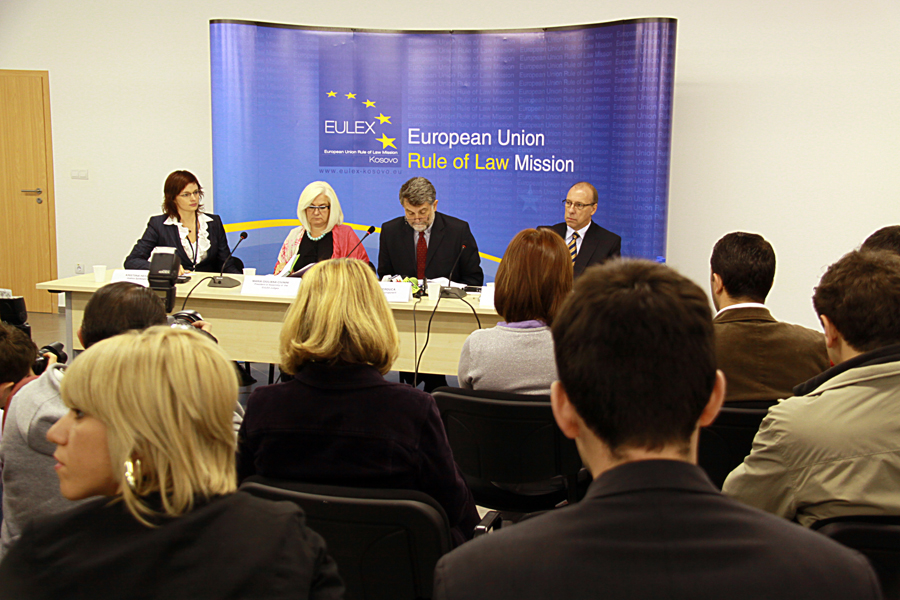 At a EULEX press conference in Pristina, Alberto Perduca, Head of the EULEX Justice Component, called its current work a âreality in progressâ compared to six months ago when the European Union mission began to operate amidst political uncertainty.

The venue was a press conference, held at the new EULEX HQ, focusing on the work and goals of the EULEX Justice Component. The two other participants were Maria-Giuliana Civinini, President of the Assembly of EULEX Judges, and Theo Jacobs, EULEX Chief Prosecutor.

The main tasks of the Justice Component are severalfold. EULEX legal experts work in the Ministry of Justice, forensic experts in the Office of Missing Persons and forensics (OMPF), others are in the Kosovo Property Agency. Numerous EULEX judges are also assigned to the Supreme and District Courts and EULEX prosecutors to the Office of the Public Prosecutor, Special Prosecutorâs and District Prosecutorâs Offices. EULEX staff is also working in the Penitentiary administration and Kosovo Judicial Council.

The EULEX mandate â to assist local institutions towards the consolidation of justice based on the principles of rule of law -- is the unifying concept bringing together all these functions. âWe want to build a justice that reflects fundamental rights and to heal the wounds of the past,â Mr. Perduca said. In order to attain this, EULEX Justice Component undertakes monitoring, mentoring and advising (MMA) and exercises its executive functions directly.


Regarding goals, the EULEX Justice Component âkeep its eye on the present, past and futureâ, Mr. Perduca said. The past is the legacy from UNMIK, namely war crimes cases. Again regarding the past, OMPF has to deal with 1,900 cases of missing persons and over 400 remains which still has to be identified, an activity being undertaken with local counterparts. âThe families of the missing have the right to know the fate of their loved ones. Thus the Justice Component can help in the reconciliation process among the communities,â Mr. Perduca said.

The challenge of the present is the fight against corruption and organized crime. The third goal is the issue of justice in the North. From the first day of the Missionâs deployment, EULEX judges commenced their work in Mitrovica Courthouse. In a few months several decisions were delivered. âThis was a very important first step. However, the presence of EULEX judges and prosecutors was not enough. The involvement of the judiciary of both communities is needed,â Mr. Perduca said.

Ms. Maria Giuliana Civinini, President of the Assembly of EULEX Judges explained that EULEX judges are deployed Kosovo-wide in all District Courts and in the Supreme Court. They exercise MMA functions and judicial ones. The legal basis of judicial activities involves the adjudication and the rendering of decisions in criminal and civil cases. The mandate of the judges is based on the law which establishes competencies regarding war crimes, crimes against humanity, genocide and other grave crimes, as well as hate-oriented crimes, Ms. Civinini said.

The second characteristic of the EULEX Justice Component work involves sitting in mixed panels. The third is assuring full transparency of its work and establishing rules for case selection and allocation. Cases are assigned to judges based on transparent rules. The fourth characteristic is co-location which means EULEX and local judges work in the same building.

âAll this constitutes the right path toward European best practices and towards the goal to build a judiciary that meet standards for entrance to the EU,â she concluded.


Theo Jacobs, the Chief EULEX Prosecutor, said EULEX is here to ensure the establishment of the rule of law. EULEX Prosecutors are not working in parallel structures but within relevant judicial institutions. âWe are here to reinforce local structures and to assist our local colleagues, not to replace them,â Mr. Jacobs pointed out.

Currently, there are 17 EULEX prosecutors in Kosovo though the total should be 20 (due to rotation three were being replaced). At present, two prosecutors are working in the Office of the State Prosecutor; six in the Special Prosecutorâs Office and 12 are working in Kosovoâs 5 district courts.

EULEX Prosecutors handle three types of cases: firstly, those received from UNMIK, involving 275 ongoing cases, of which 60 relates to war crimes. Secondly, on 9 December 2008 when EULEX received executive powers it took over cases that began after 9 December 2009 and those that already existed prior to that date. Thirdly, EULEX Police took over 1,119 war crimes cases from UNMIK Police. âThey were discovered at the moment of the handover,â Jacobs explained. Currently 700 of these cases have been assessed; by end August 2009, the remaining 420 will have been evaluated.

Mr. Jacobs said that in the coming weeks EULEX prosecutors will be sending out letters to the victims whose cases had been dismissed for lack of evidence, no link to suspect had been established, or the guilty may be deceased. âThis is a challenge for EULEX as we will have to disappoint people, âJacobs said.

Another important goal of EULEX Prosecutors is to tackle organized crime. Memoranda of Understanding with neighbouring capitals to deal with organized crime have been signed. A few weeks ago an agreement was signed with the head of the Anti-Corruption Agency on mutual cooperation, he concluded.

During the Q & A session, journalistsâ queries touched a variety of legal topics: the issue of local ownership both in Kosovo and in Mitrovica; the accountability of EULEX judges; whether the EULEX Justice Component had had a case in which a local judge cited political interference; when Kosovo Serb judges would return to the Mitrovica Court; and which laws applied in North Mitrovica. 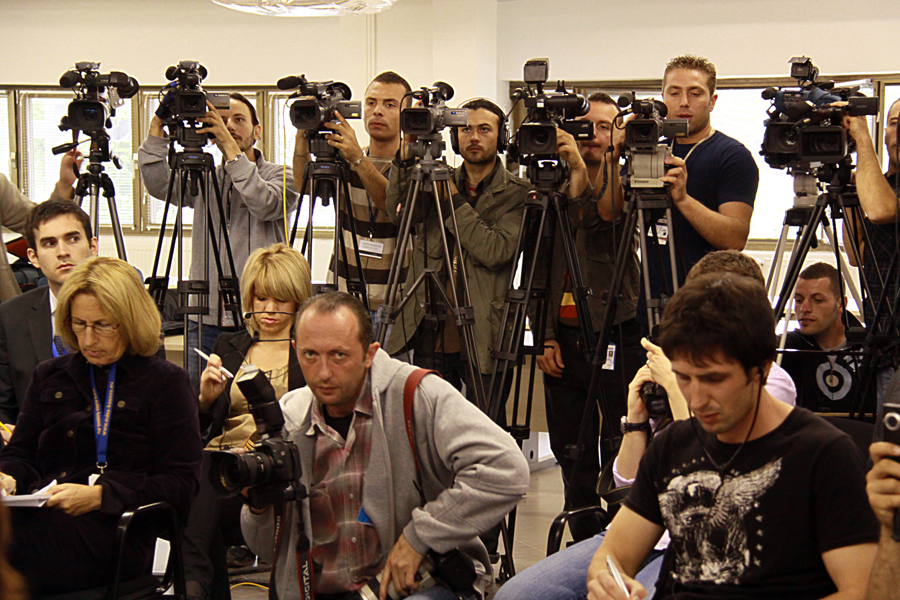