The Importance of an Independent Judiciary

The Importance of an Independent Judiciary 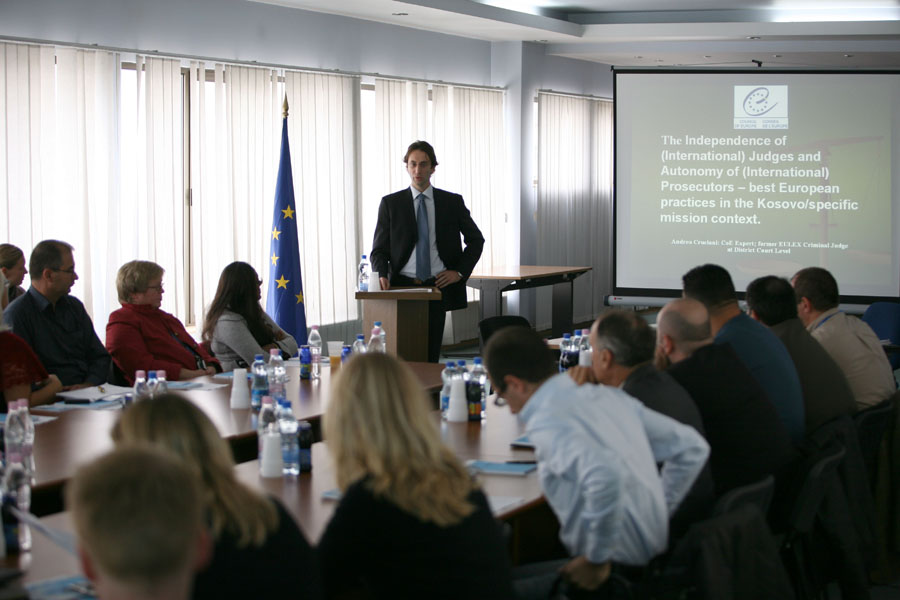 On 28-29 October the Council of Europe (CoE) organized a two-day judicial training workshop for EULEX staff members. On day 1, the theme was âThe Independence of International Judges and Autonomy of International Prosecutorsâ. The event took place at EULEX Police HQ.

This is the CoEâs first training undertaken in cooperation with EULEX, a partnership which CoE is very keen to continue in the future.

âIt is very important to discuss and to find a way to protect the independence of judges and autonomy of prosecutors, so I hope this will not be only a lecture but a real workshop on the issue,â Maria Giuliana Civinini, President of Assembly of EULEX Judges, stated in her opening remarks.

In his introduction Andrea Cruciani, a former EULEX Judge, and now a CoE expert, spoke about the Rule of Law: âEverybody knows that the rule of law is an essential element of a democracy and of sustainability, and the independence of the judges and prosecutors is a key element of a functioning rule of lawâ, said Cruciani.

Cruciani emphasized that everyone should always keep in mind two facts: firstly, the concept of the separation of powers in government, and secondly, that the law has to limit the power of government.


International judges and prosecutors in general, and in particular in Kosovo, comprise an integral part of the judiciary. They work together with their local colleagues, in mixed teams with the aim of delivering impartial justice, he stated further. âThe independence of judiciary is not a privilege but a precondition for ensuring impartialityâ, commented Cruciani.

On the day 2 the theme will be Articles 5 and 6 of the European Convention on Human Rights. 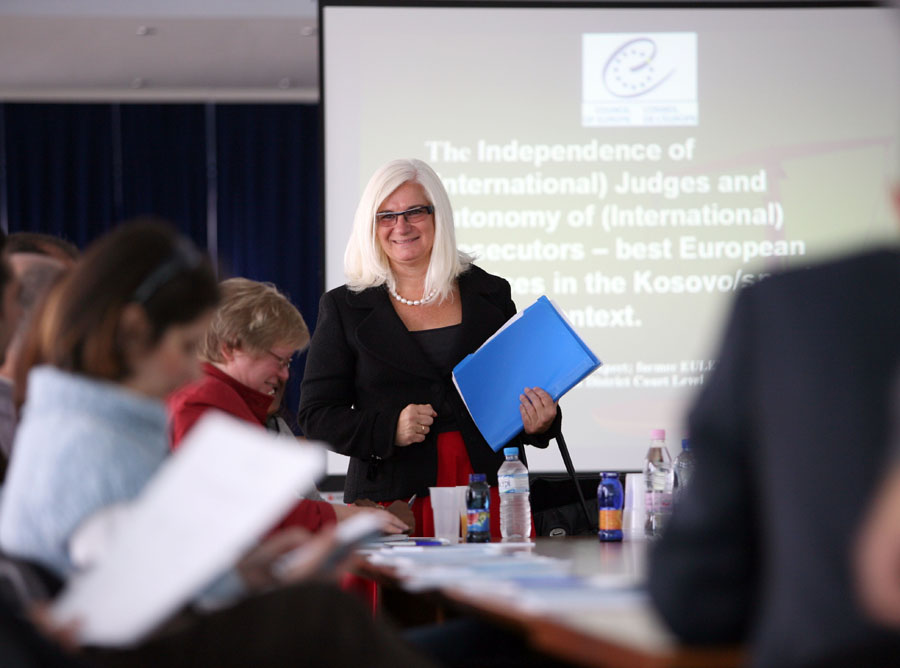