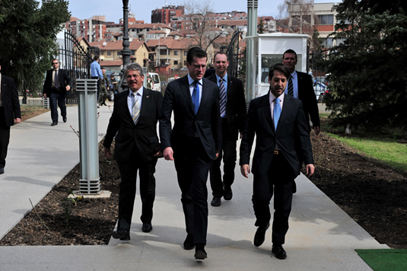 German Defence Minister Karl-Theodor Freiherr zu Guttenberg visited EULEX Headquarters in Pristina on 30 March 2010.
The minister was welcomed by the Deputy Head of EULEX Roy Reeve and Piter Feith, European Union Special Representative in Kosovo, where they gave a general presentation on the missionâs current state and the close coordination between EULEX and the other EU presences in Kosovo.
Minister Guttenberg said he was very pleased with EULEXâs performance and that Germany remained committed to the mission and its objectives. Germany currently contributes experts to the mission who are working in the Police Component, Customs Component and Private Office 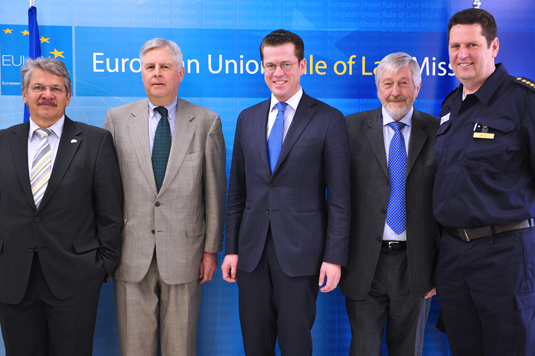 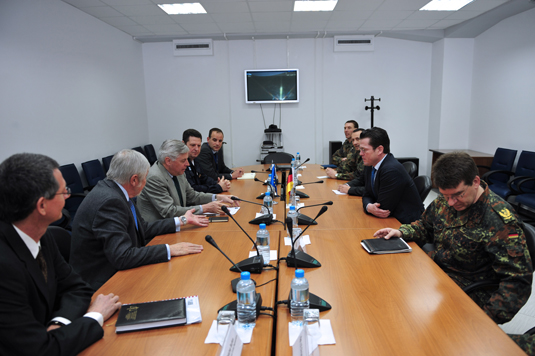