Software that brings in the money 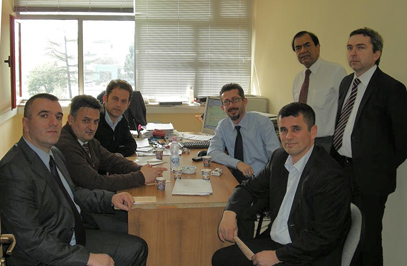 For governments the main plusses of introducing Asycuda World is increased international trade and economic development. Today 5 EU member states use the system. It has many advantages: more risk models and streamlined procedures, better operations, improved security measures, more control on goods entering Kosovo which lead to improved flow of traffic at the Border Crossing Points (BCP). All of which translate into increased revenue.

Asycuda World, which Kosovo Customs plans to have fully operational by the end of 2010, was developed by the United Nations Conference on Trade and Development (UNCTAD), in Geneva.

It is UNCTADâs largest technical cooperation programme covering over 90 countries and 4 regional projects. Asycudaâs average implementation cost is only US$ 2 million, excluding equipment and infrastructure.

Asycuda World is implemented in three successive steps. In phase 1, the current phase, a complete assessment of the current state of national customs procedures are made, including legal aspects, tariffs and infrastructure. In phase 2, the system is configured according to national regulations and installed at one or two pilot sites, which also involves training for customs staff and the trading community. In phase 3 the system is extended to other customs offices, in ports, border stations and free zones.

Since Albania is one of two Balkan countries, along with Bosnia Herzegovina, that have adopted the Asycuda system, Kosovo Customs has the advantage of being able to receive technical assistance from its neighbour.