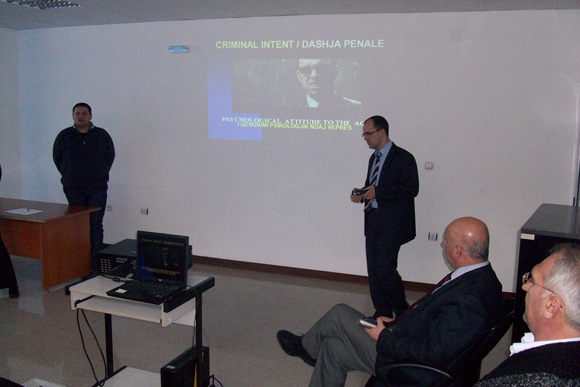 The EULEX prosecutorâs office in Prizren has begun an initiative to improve the understanding of the issue of âcriminal intentâ.

In some recent cases, the issue of criminal intent has not been properly addressed during local investigations and in indictments. This resulted in a number of cases being dismissed by the court.

In order to improve the situation, a special training seminar took place entitled âIntent in Criminal Proceedingsâ developed for the local District and Municipal Public Prosecutors of Prizren. The seminar was led by, Cezary Michalzuk,Â the chief EULEX Prosecutor in Prizren.

âThe training focused on the importance of intent in proving a criminal offence. It emphasised the difficulties that arise when it comes to demonstrating intent and, at the same time, provided tools and ideas to overcome these impedimentsâ, explainedÂ Michalzuk. Â

The second part of the training dealt with offences that local prosecutors have to deal with on a regular basis such as human trafficking, the issuing of unlawful judicial decisions and the abuse of official position or authority.

âThroughout the seminar the participation of the local prosecutors was very active and resulted in interesting legal discussions amongst themselves and theÂ EULEX Prosecutorâ, saidÂ Michalczuk.

This has been one of several training sessions organised by EULEX prosecutors in Prizren within the framework of the programme âLunch and the Lawâ where different topical legal issues are presented and debated, and best European practice is explained.