The Head of EULEX Mission visits... 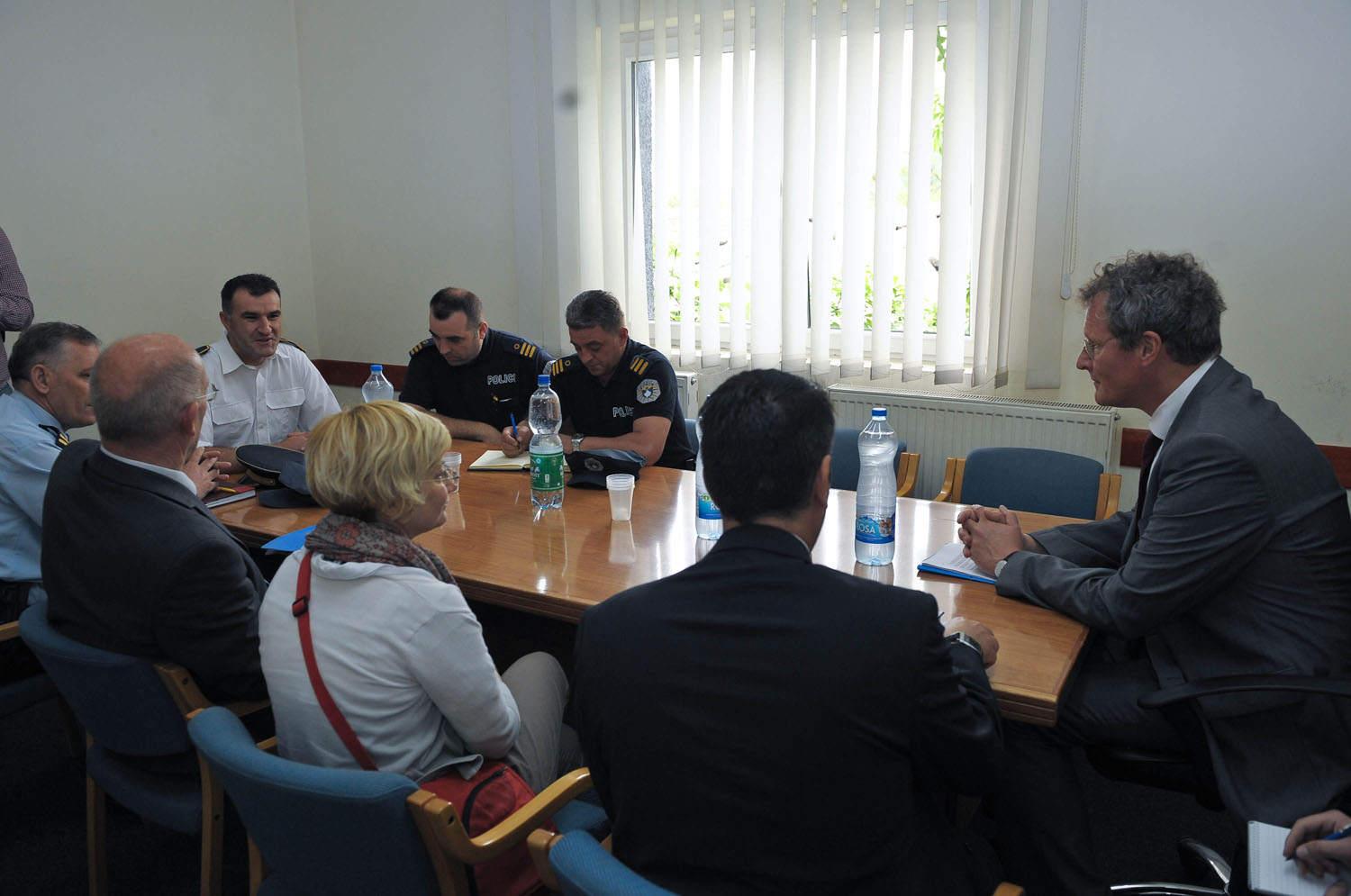 The Head of mission Bernd Borchardt continued his outreach efforts on 17 May by visiting ShtÃ«rpcÃ«/Å trpce where he met with Mayor Bratislav Nikolic and KP Commander Dragan Ivanovic.

He met Dragan Ivanovic the Commander of the police station who briefed him on the current situation and the police's daily work in this mixed-ethnic region. Ivanovic informed that currently there were no major crimes, that freedom of movement was secured, and that in the Municiplaity they did not notice major inter-ethnic problems.

"ShtÃ«rpcÃ«/Å trpce police station was the first multi-ethnic police station in Kosovo, and we are the example of how everything can function without major issues", Ivanovic said.

Bernd Borchardt expressed his full support for their work and effort. "EULEX will continue with its supports within its mandate" said the EULEX Head of Mission.

The visit continued with a meeting in the Municipality with Bratislav Nikolic and Municipal officials. Municipal officials informed the Head of mission about their current work and priorities about employment and economic development of the area.