Ten years of imprisonment for smuggling of migrants 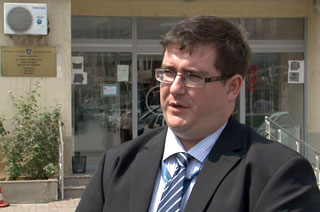 A mixed panel of EULEX and local judges at Prizren Basic Court today announced the verdict on a migrant smuggling case, where two of the three defendants were sentenced to ten years of imprisonment.

The court found Okay Altuntas, a citizen of Turkey, guilty for one count of smuggling of migrants and sentenced him to seven years of imprisonment.

âAlthough we are disappointed at certain aspects of trialâs panel decision, we welcome the conviction of two of the defendants for smuggling of migrants charges. However, this case is not yet over. One defendant is due to stand trial in October, and another number of defendants are currently on detention on remand. We will study the trial panelâs decision closely and decide whether to appeal. Kosovo Police and EULEX Police have worked together very hard on this case in cooperation with other police organisations across Europeâ.

Altuntas was acquitted for the counts of organised crime, money laundering, and one additional count of smuggling of migrants.

The third defendant in the case, Florent Ademaj, was acquitted of all charges.

The case was prosecuted by a EULEX prosecutor from Kosovo Special Prosecution Office (SPRK).