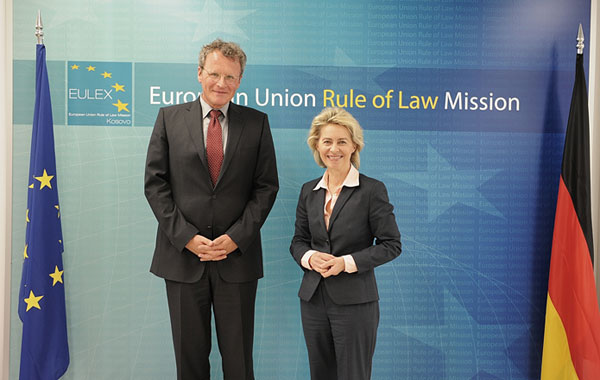 The German Minister of Defence visited today EULEX Headquarters in Pristina where she was was welcomed by the Head of Mission, Bernd Borchardt.

During the meeting the Head of Mission and the Minister spoke about the political and security situation in Kosovo and the region, the mandate of EULEX and cooperation with KFOR. It was assessed that the cooperation between the two organizations was excellent and that both missions work towards the same objective of increased local ownership.

Head of Mission Bernd Borchardt briefed on the progress made by Kosovo Rule of Law Institutions in the recent years which inter alia led to a renewed mandate for the mission with a refocused approach.