Searching for the missing â a decade after! 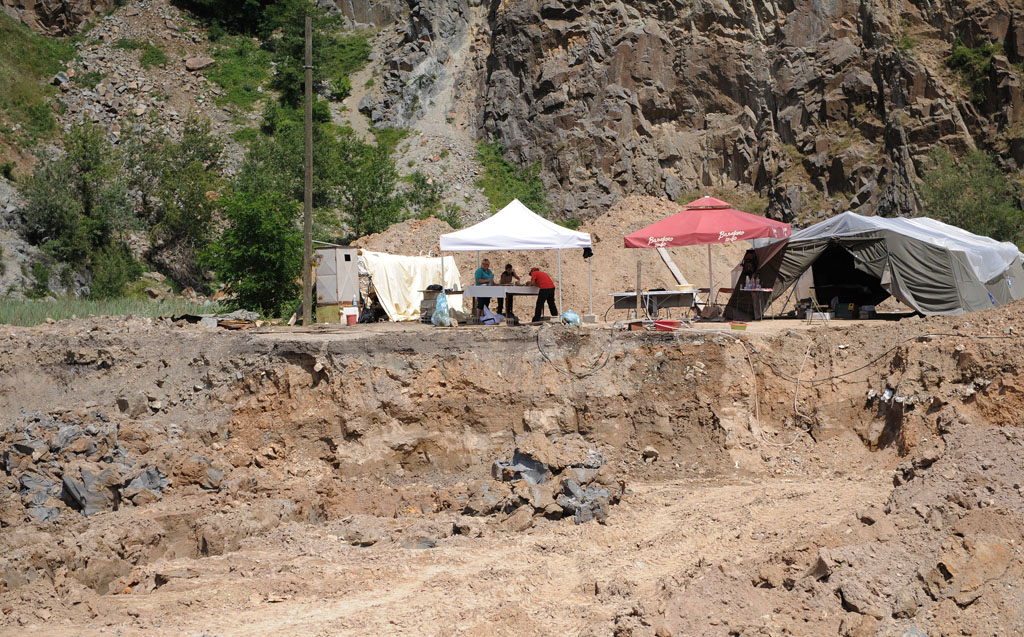 Searching for the missing after an armed conflict is often a painful, complicated and time-consuming process. After long stretches of time, people often fail to recall events accurately which makes finding valid information a very challenging task. Add to this the fearful informants, witnesses and families who do not want to provide any information for fear of their safety and wellbeing. But the family, friends and loved ones of the victims deserve the closure that the accurate identification of a body gives them. To do all of this well, the most up-to-date and and modern practices and techniques are essential. In Kosovo, this is where the work of the Department of Forensic Medicine (DFM) comes in.

Tarja Formisto, a Finish forensic anthropologist leads EULEX’s unit within this team; her actual title is EULEX Deputy Head of Department of Forensic Medicine. Together with her team of dedicated forensic and missing persons experts, they work in partnership with the Ministry of Justice, in the search for missing persons and developing a sustainable and effective forensic medicine system.

Since EULEX began working with the DFM in December 2008, the remains of 416 victims from the conflict have been returned to their families. This includes 319 missing persons who have been found following extensive field work in over 456 field operations, lengthy laboratory analyses â which include intensive autopsy and identification work, including 2046 bone samples selected for DNA analysis â and archiving the reviews of thousands of case files.

Tarja believes that it is very important for DFM to identify as many persons as they can so the uncertainty can be lifted and the families given closure. “People need to know what happened to their loved ones,” she says.

The discovery of Raska

Mass graves are by their nature very opaque; it’s hard to pinpoint exactly where people are buried. Given the sensitivity of the circumstances, multiple witness accounts are not always reliable, but they are sometimes the best source of information when trying to locate a mass grave.

The discovery of the mass grave at Rudnica, Raska, was the result of many months of intensive preparatory work, which included extensive analysis, site inspections and numerous coordination meetings with Serbian and Kosovo authorities.

Serious preparations for excavating finally began in October 2013. Mixed commissions, representatives of working groups, forensic experts from all over the world, and members of families of missing persons associations from Kosovo were all on site.

The first findings came in December 2013, when human remains were found at the site. However, the age and origin of the remains could not be determined before a DNA analysis was performed in Tuzla.

“We stopped the excavation as soon as we found human remains. The site was secured and we had to wait for an exhumation order from the court before we could proceed further at this location”, explains Tarja.

Progress is slow but steady

The whereabouts of 1655 persons are still unaccounted for in Kosovo. But investigations are commonly stalled when cases lack significant leads. “The investigative problems are compounded by the passage of time: a decade since most disappearances occurred,” states Formisto, emphasizing the fact that the investigative complexities make it necessary to actively interact with and involve relevant civil society actors to create new avenues of enquiry.

Investigations into missing persons conclude when families are contacted and provided with all information regarding the cause, place, and time of death of their relatives. “It is a tough thing and it is always done in person,” she adds.
Cases then close with the finalisation of the case report, publishing a death certificate, handing over the remains to relatives and removing the person from the ICRC’s list.

Reliable information remains the main challenge in shedding light on the fate of the missing. A number of cases are based on the information provided by second- or third-hand witnesses. As time passes more and more information disappears.

“The problem here is the information”, says Tarja. “People know lots of things but they are not always willing to come and talk to us.”

One of the main priorities for the Department of Forensic Medicine and EULEX is to continue trying to find and return the remains of loved ones to their families, and ultimately help the reconciliation process.