EULEX Head at the third Justice 2020 Board meeting

EULEX Head at the third Justice 2020 Board meeting 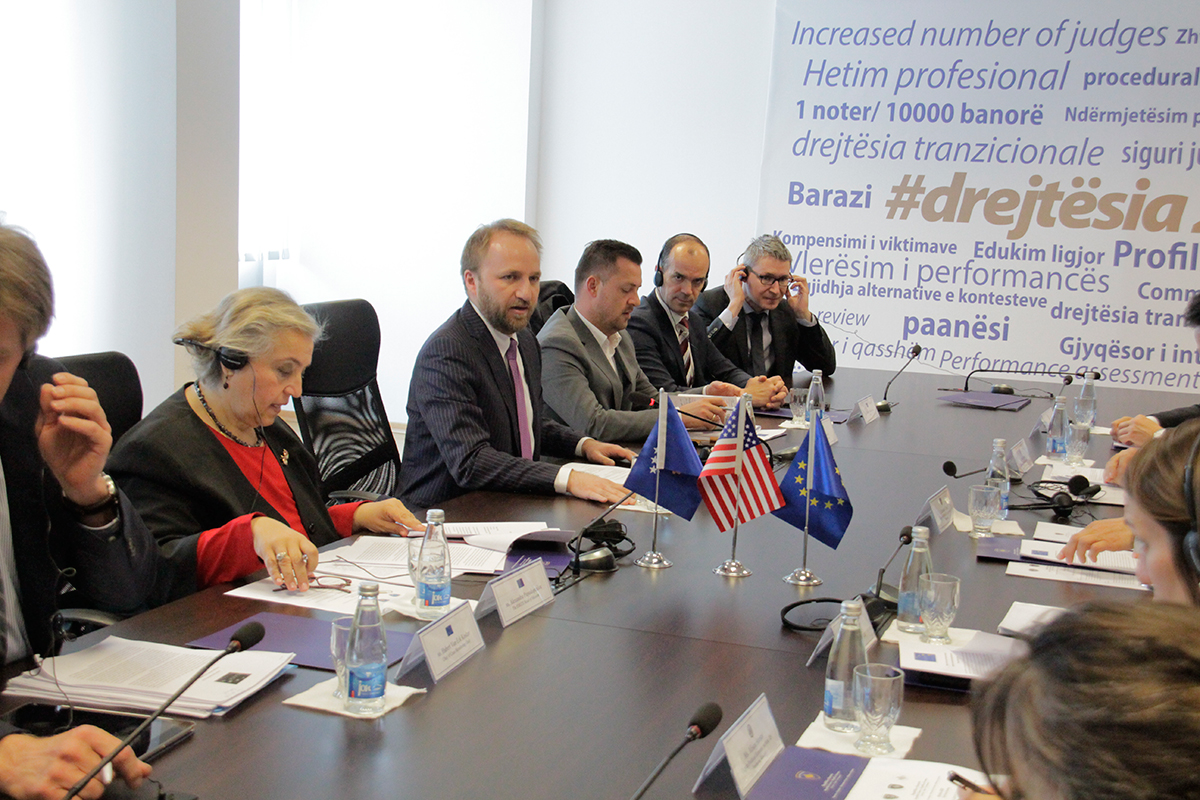 On 17 April, EULEX Head of Mission, Alexandra Papadopoulou, participated in the third Board meeting of the reform initiative Justice 2020 led by Minister of Justice Tahiri together with the Chairs of the Kosovo Judicial and Prosecutorial Councils, Mr ÃoÃ§aj and Mr Hyseni. The EU Office/EU Special Representative in Kosovo and the U.S. Embassy were also represented at the meeting.

âAt the last Board meeting EULEX had shared with its local counterparts a number of specific findings and related recommendations on both systemic weaknesses and thematic areas in the local justice systemâ, said Ms Papadopoulou. âToday, EULEX provided the members of the Board with a tailored follow up on that, expanding on specific issues previously analysed and including in its assessment additional findings and recommendations. We will keep doing this on a regular basis under the Justice 2020 umbrella based on EULEXâs robust monitoring function in place since June last year, when the Missionâs mandate changed.â

Based on the meetingâs agenda, which included an update on progress made in implementing a number of ongoing measures and some new focus topics, Ms Papadopoulou referred to the establishment of the new Special Department at the Basic Court of Pristina and Court of Appeals for the adjudication of SPRK cases as a positive step that will promote the specialization of judges in this area â just like their prosecution colleagues in SPRK â and will foster a homogenous and coherent case law. However, she urged to start as soon as possible the recruitment process for the judges that will work on a permanent basis in this unit in order to meet the deadline of this July.

The backlog of cases remains a major challenge for the Kosovo judiciary. âIncluding in the existing Case Management Information System as an additional feature an inventory and classification option for backlog would be a practical and effective measure to help address this problemâ, the EULEX Head also noted.

Finally, Ms Papadopoulou provided an update on the implementation of the roadmaps that Justice 2020 âinheritedâ from the then EULEX-led Joint Rule of Law Coordination Board. In this context, she commended the adoption of the National Strategy on War Crimes and the work of SPRK and Kosovo Police in prioritizing and systematizing cases, but she cautioned that meaningful progress in tackling war crimes can only be achieved through genuine regional cooperation, including between Belgrade and Pristina. The EULEX Head also called upon all involved actors to finalize in earnest the work on the by-laws for the functionalization of the Institute of Forensic Medicine.