Conference to Strengthen Police Cooperation in the...

Conference to Strengthen Police Cooperation in the Balkans Held in Skopje 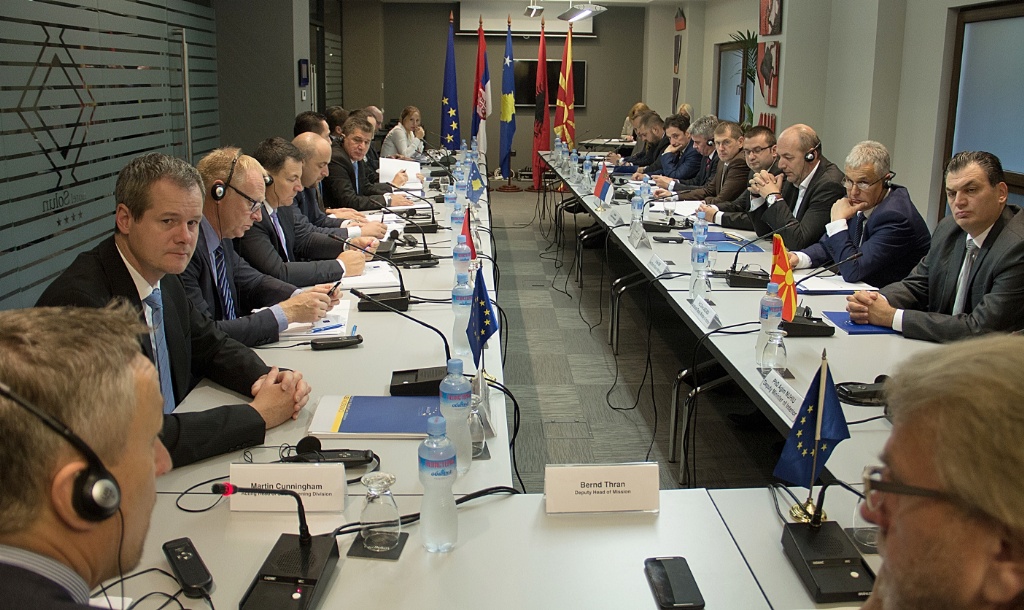 Representatives of four Western Balkans police services participated at a regional conference that was held today in Skopje.

The Conference, hosted by the Mitko Chavkov, Police Director of Former Yugoslav Republic of Macedonia (FYROM), and facilitated by the EULEX mission, was organized to intensify the cooperation and harmonise further actions related terrorism and organized crime in the Balkans.   The Police Directors from Albania, Kosovo, Serbia and FYROM, accompanied by their respective Directors of Investigations, participated in the Conference.

Terrorism and organized crime are major global threats and do not stop at the borders. The most recent terrorist attacks in France, Turkey and Germany, which caused a high number on human causalities and material damage, are clear indicators that this phenomenon needs to be addressed globally. The aim of the conference is to further increase and strengthen the cooperation of the Wester Balkans police forces in this field. 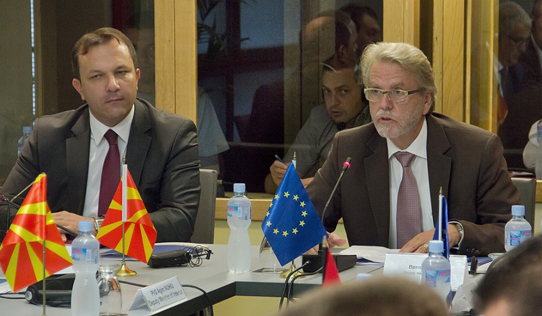 At the Conference, all regional police directors agreed to intensify the exchange of information and to identify means of more expedient information sharing. In addition, the Directors pledged to continue organising regional conferences on a regular basis in order to further the means of a closer mutual assistance and information sharing and gathering.

The European Union Rule of Law Mission in Kosovo (EULEX) strongly supports the police services in the region in their approach to foster, further develop and enhance their collaboration for the safety and prosperity of their citizens.

Video of the conference: