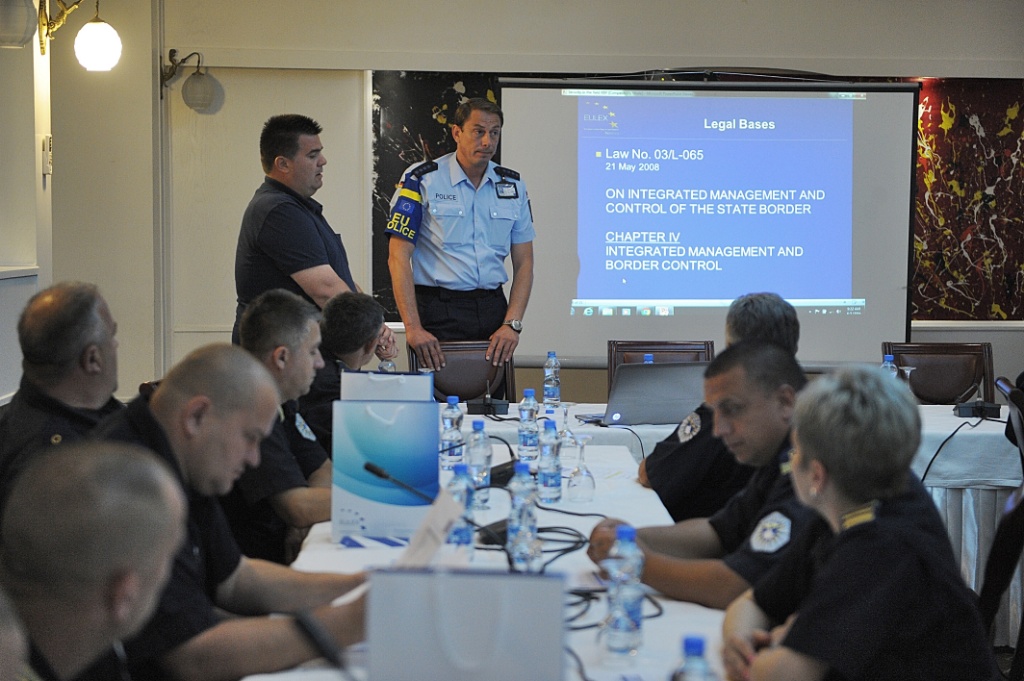 On the 1st of June 2016, the EULEX Border and Boundary Unit North presented a training workshop to approximately 40 Kosovo Border Police officers (KBP), with the aim to brief/train the KBP officers with requirements of professional security behavior in the field, the importance of vehicle and personnel searches and to give an overview how and why the green border surveillance is important.

The need to effectively and professionally perform searches and checks on individuals and vehicles of all sizes is key to preventing harmful products and substances from entering the country. The workshop also provided a practical training on map and GPS reading, so officers will know exactly where they are during their patrols of the border. After commencing several joint patrols between EULEX and KBP the EULEX officers noticed that most of KBP officers although possessing sufficient knowledge of their Area of Responsibility, lacked the knowledge of reading maps and using modern instruments in the field which is crucial and needed to be improved. The improvement of KBP officers’ knowledge will improve not only the better understanding of geolocations but will serve greatly for better planning of shifts, shift movements, for improving communication between shifts with the command centers and will greatly increase the risk analysis capacity of two northern KBP stations.

The Area of Responsibility of two northern KBP Police stations covers approximately 140 km of the Administrative Boundary Line with a large number of known alternative roads. The area is controlled by 64 KBP officers who are managed by two station commanders (KBP Leposavic and KBP Zubin Potok). In each station the daily tasks are organized in four teams (each consist of 8 officers) performing their activities 24/7. EULEX presented detailed maps to the KPB officers when the training concluded, to give them the tools to perform their duties as effectively as possible.