Jurisprudence Digest for benefit of all 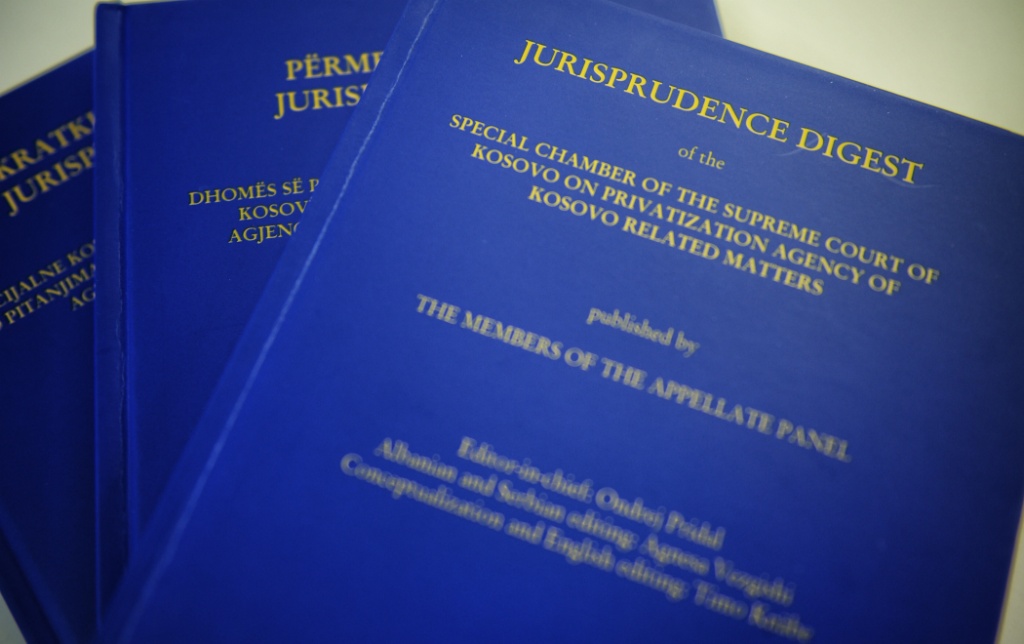 As the result of the continued fruitful cooperation between Kosovo Judges and EULEX judges, who together compiled the decisions, the Jurisprudence Digest of the  Special Chamber of the Supreme Court of Kosovo on Privatization Agency Related Matters (SCSC) was officially announced during today’s launching ceremony organised by EULEX.

The launching ceremony was opened by Ondrej Pridal, the project manager of the Jurisprudence Digest and EULEX Judge at the Appellate Panel of the SCSC , Bernd Thran, Deputy Head of Mission and Sahit Sylejmani,  President of the SCSC.

The aim of this Digest is to disseminate knowledge of the jurisprudence of the Appellate Panel of the Special Chamber and further stabilize its continuity and coherence. The members of the Appellate panel collected and digested “leading cases", cases which are notoriously repeating before our Court and cases of high importance for the unification of the jurisprudence. 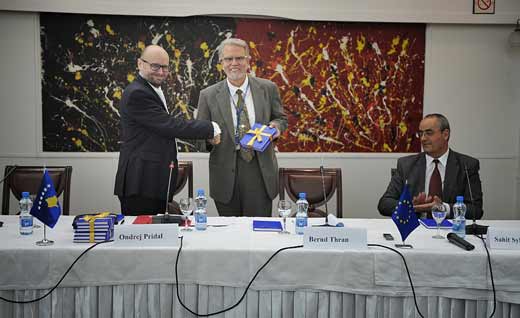 The EULEX Judge Ondrej Pridal thanked the guests for their presence, KJC, Ministry of Justice for their support and especially thanked those who have contributed to the project.

“We do believe that outcome of this project will be the much better predictability of Supreme Court decision and faster adjudication of cases. From this, all clients of our court will benefit,, especially the people of Kosovo who will be made aware what the expected result of their claims could be. Judges and lawyers may use this book as a guideline for their work, “said Pridal during his speech.

The Deputy Head of EULEX Mission, Bernd Thran also used this opportunity to thank all involved in the compilation of such important publication which will serve not only those who work in the field of justice but also regular people of Kosovo, “Justice is not for lawyers, not for judges, not for prosecutors, not for bureaucrats: justice exists for the benefit of the people” said Mr. Thran, the Deputy Head of Mission during his speech.

The President of the SCSC, Sahit Sylejmani expressed his gratitude to EULEX for their support and affirmed his commitment that this project will continue in additional volumes.

Finally, this project is to be handed over to the Kosovo Judges to continue with the project and issue additional “volumes” as jurisprudence of the SCSC will further develop, in the hope that the Ministry of Justice and Kosovo Judicial Council will support the project further.

To see the PDF version of the Jurisprudence Digest please click on the below links: