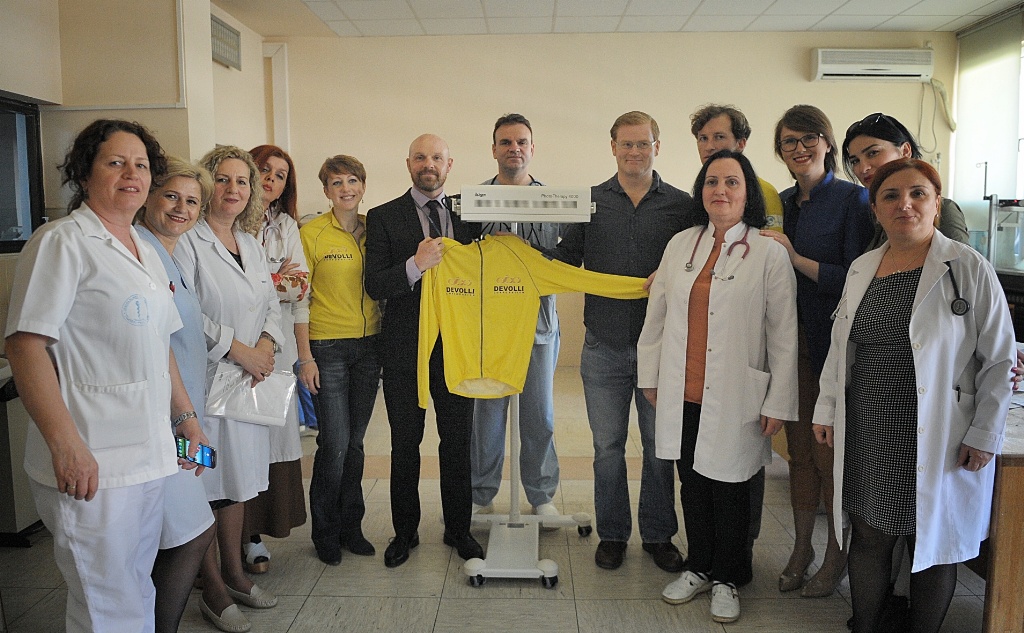 In June 2015, EULEX staff took part in their second annual fundraising event for the children of Kosovo, raising 17,500 euros for hospital equipment for newborn premature babies in the University Clinical Center of Kosovo in Pristina. The handover of the new equipment was made today in the presence of the entire clinic’s staff.

The money was used to buy five photo lamps for the treatment of jaundice; a disease which commonly affects  premature babies.

The phototherapy machines are a non-invasive method of treating jaundice, and were sorely needed by the the Neonatology Clinic at the University Clinical Center of Kosovo, as explained by Dr. Faton Krasniqi, a member of this clinic, who personally shared his heartfelt thanks for the combined efforts of everyone involved in helping to stop a preventable disease from having serious consequences later in life.

The money was raised with a combined effort from 33 cyclists who collaborated with the charity, Action for Mothers and Children for the second year running and covered 300 miles (480km) around Kosovo in 3 days (100 miles or 160km a day)

They plan on a third event for 2016 in a very similar fashion, from June 3-5 this year in order to purchase the required high-tech hospital equipment. The EULEX/Kosovo team hopes to attract even more cyclists, both locals and internationals than the previous two years and raise even more money.

To find more information about the upcoming event, you can visit the Cycle for Kosovo Children Facebook page.