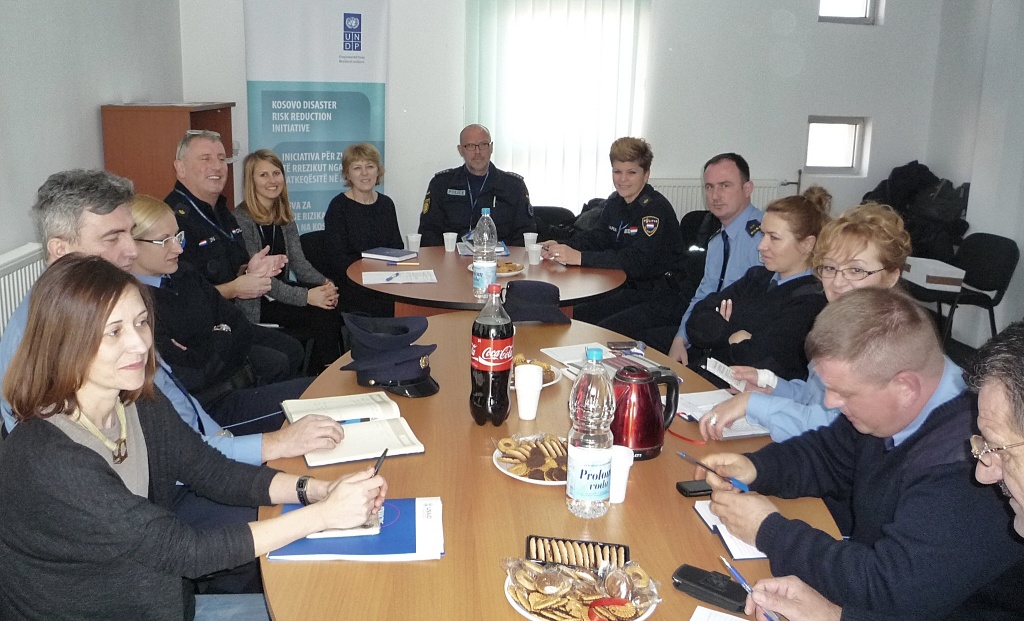 The initiative is part of EULEX’s ongoing effort to support Kosovo Police in the north of Kosovo, further develop its rule of law capacity, and strengthen KP’s approach to tackling domestic/gender based violence. Following an assessment that identified several gaps in combating domestic violence, in particular the existing need to expand the capacity of patrol officers to deal with such crimes, EULEX regional advisors endeavoured to engage a multitude of local actors and KP to conjure a holistic and sustainable approach to combat the crime.

The principal of the objective of the meetings was to instigate a series of gatherings where relevant actors would have the opportunity to collaborate and exchange experiences on how to deal with domestic violence cases. In the short term, several important challenges were addressed. Given the lack of experience and initiative of KP to engage in precautionary activities to prevent domestic violence, local stakeholders provided assistance to KP in getting such projects going. Most notably, KP was provided with access to schools and school programs dealing with domestic violence and encouraged to build on already existing efforts of local ownership. EULEX’s Police Strengthening Department will focus its monitoring, mentoring, and advising activities to support KP in this endeavour.

KP also significantly benefited from the expertise of local actors in terms of awareness raising and acquiring know-how in recognizing domestic violence as first responder. Local actors shared several important elements in this respect, such as being aware that in most cases of domestic violence alcohol, drugs and economic hardship trigger the crime. An upcoming workshop organized by a local NGO will allow KP officers to experience what is means to be a victim, suspect, and witness in a domestic crime case – allowing the officers to gain a more comprehensive insight through engaging in role play. Furthermore, KP patrol officers were instructed on how to deal with victims of domestic violence, how to address the perpetrators, and most importantly, the importance of intervening in cases of domestic violence rather than treating them as private household issues.

Moving forward, EULEX intends to step back from the collaborative meetings and transition to a monitoring and supportive role to give KP and local actors ownership and sustainability. For now, the signs are promising. KP has responded well to the assistance and input it has received and intends to keep participating in the expert meetings. Moreover, as an added value, KP plans to engage in north-south collaboration within its police commands to exchange best practices and newly acquired approaches at tackling domestic violence.